Drinking problem in the USA

Many Americans enjoy a glass of wine or a cold beer occasionally. However, some Americans like getting completely wasted at least once in a while. To some Americans, binge drinking is no longer a once-in-a-while thing as somebody might think. Almost 20% of U.S adults are participating in binge drinking with some of them not holding back when they do. 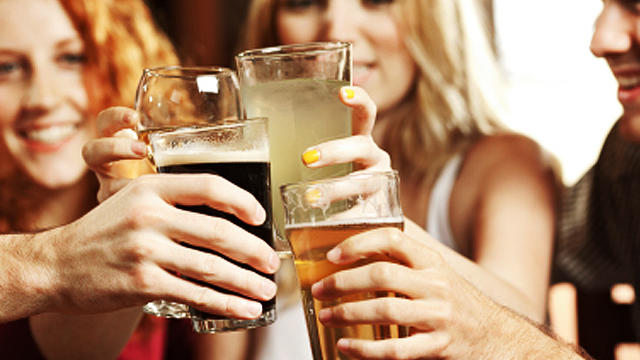 U.S citizens are drinking more today than they used to in the past. This trend is cause for concern because it has potentially dire effects on the future healthcare costs of the country. About 30 million adults or more could be binge-drinking at least once every week. The same number of Americans has alcohol dependence or alcohol abuse problem.

Excessive alcohol consumption often leads to addiction. Consequently, many Americans are seeking help for alcoholism. Majority of them are turning to alcohol hotline from Addiction Resource to seek help with alcohol addiction. There are many helplines that exist specifically to offer free assistance to the individuals battling addiction and their loved ones. Although different organizations have different goals, the primary goal of each organization is to provide help to the caller.

Alcohol Consumption Statistics in the USA

Over 7% of all adult Americans have alcohol use disorder. That means they engage in excessive alcohol consumption too often. It also means they drink in ways that affect their health, relationships, and happiness negatively.

At the end of most working days when the sun sets and air becomes cool, most adult Americans pop their wine corks, click tabs of beer cans, and crack open bottles of hard liquor. This is known as the happy hour when sipping alcohol is permissible. Over half of adult Americans partake of different alcoholic beverages.

For some adult Americans, one drink per happy hour session is plenty. These can control their drinking by having one drink per day. However, some adults can’t stop with just a single drink. These have a drinking problem. They have an obsession for alcohol and focusing on daily pleasures of their life can be difficult. To overcome this obsession, some of them call an alcoholic hotline to seek assistance.

There has been an increase in alcohol consumption among women, older adults, minorities and individual of low socioeconomic status. Nevertheless, drinking is on the rise across all U.S demographics. For instance, a new study has shown that alcohol consumption rose from 65 percent to 73 percent among adults between 2002 and 2013. This is an increase of about 11% and it was higher for women, minorities, seniors, and individuals with low income and education.

Just like in most parts of the world, it is legal for adults to buy and consume alcohol in the U.S. Consequently, alcoholic beverages are readily available for consumption by the American adults. And because alcohol use is common, determining who drinks appropriately and who abuses alcohol is not easy. But, binge drinking is a sign of alcohol problem.

Binge drinking can be defined as alcohol consumption that is aimed at getting drunk. For women, binge drinking is having 4 or more drinks within 2 hours. For men, it’s having 5 drinks or more within 2 hours. Individuals that continue this drinking pattern can easily end up calling an alcoholics hotline seeking emergency assistance.

Effects of the Drinking Problem in the USA

Alcoholism is an addiction. Addiction financial cost for the United States’ citizens is staggering. Generally, drug abuse and subsequent addiction come with negative consequences for both individuals and the society. It’s estimated that substance abuse costs the Unite States more than $600 billion every year. This includes health, productivity, and crime-related costs.

Alcohol alone costs the United States $235 billion annually. Tobacco and illicit drugs cost the U.S $193 billion and $181 respectively. Though these maybe staggering figures, they don’t describe the safety implications and impact of alcoholism on public health fully. Excessive alcohol consumption and alcoholism lead to other social problems. Major among them include family disintegration, domestic violence, child abuse, school failure, and loss of employment.

Alcoholism is generally a destructive addiction. It affects individuals both emotionally and physically. What’s more, this addiction affects the loved ones of the addict too. That’s why even the loved ones of an addict can call an alcoholism hotline seeking assistance. Nevertheless, this call can be the first-step of an individual or their loved one towards sobriety.

Adults in the USA are drinking more than before. The amount and rate at which Americans adults are drinking are increasing. This has led to increases in alcohol use disorder and high-risk drinking across demographics. Binge drinking is prevalent in the United States and when people engage in it, they tend to go hard. The U.S drinking problem is causing social and economic problems like unemployment, family disintegration, and school failure. Unfortunately, these problems can lead individuals into more alcohol consumption and dependency thereby escalating the drinking problem in the U.S further. Fortunately, individuals can call alcohol help phone numbers to get the assistance, guidance, and support required to start the addiction recovery journey.