In a week of record-setting, the Yankees added one more to their resume before leaving Camden Yards for good this season.

A two-run blast by Gio Urshela in the fifth inning of Wednesday’s 14-2 win over the Orioles made it 49 Yankee home runs against Baltimore this season, breaking the previous record, set by the ’56 Yankees against the Kansas City A’s. It not only broke the game wide open, it helped propel the Yankees to their eighth consecutive victory — tying a season high — and 12th consecutive over Baltimore. 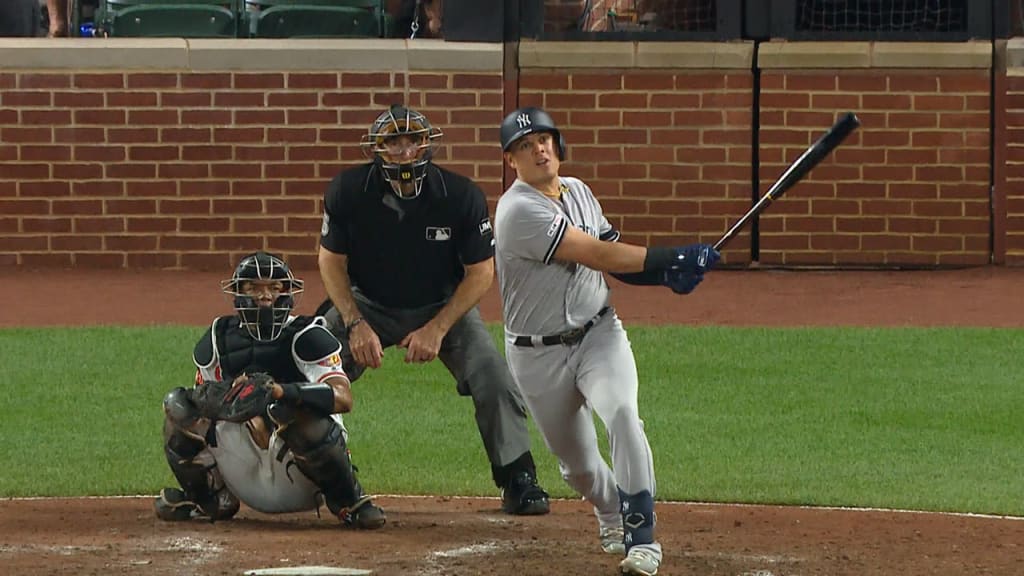 Not content with setting the record, the Yanks added a pair of homers in the ninth, a solo shot by Cameron Maybin and a two-run homer from Kyle Higashioka.

The Yanks tied the record earlier in the game on a three-run blast from Higashioka in the fourth inning. After a Cameron Maybin ball with an expected batting average of just .070 (per Statcast) fell into the outfield, Higashioka launched a ball 416 feet to center field a batter later.