The 2019 version of Go Bowling at the Glen felt a whole lot like 2018 – Chase Elliott even ran out of fuel during his celebratory burnout. Elliott held on to a narrow lead during the final laps to beat Martin Truex Jr. at Watkins Glen International for the second year in a row. The win is the second of the season for Elliott. 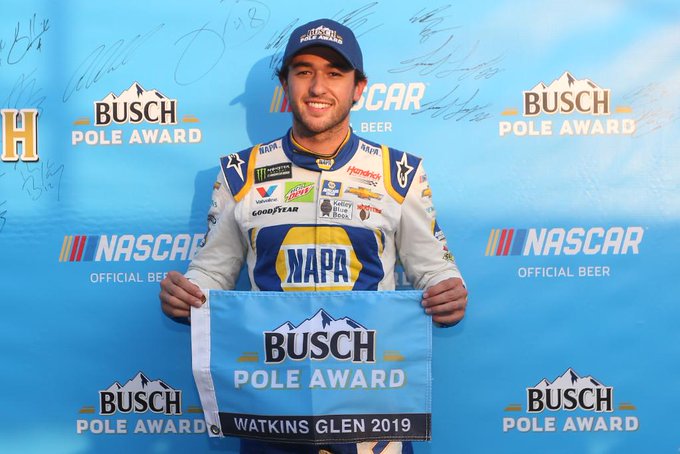 Elliott and Truex finished a full nine seconds better than the rest of the field in a race dominated by two of the best road course drivers. Elliott led 81 of the 90 laps, the second most ever at Watkins Glen. The No. 9 became just the fifth driver ever to repeat winning on the track and the first since Marcos Ambrose in 2011-12.

Retweet to congratulate @chaseelliott on his second win of 2019! pic.twitter.com/wwGRqJjz6N

Camera angle of the year . pic.twitter.com/bDc9aYJmHi

Bubba vs. Rowdy! @BubbaWallace and @KyleBusch go after it on the frontstretch at @WGI! pic.twitter.com/8djEHlAMlh

.@ChaseElliott has done it again!

At the same track he got his first @NASCAR win, he gets his fifth! The 23-year-old wins at @WGI! pic.twitter.com/46HAnNIaoF

Join us in congratulating @chaseelliott and the #NAPAKnowHow @Hendrick9Team on another #NASCAR road course victory!
pic.twitter.com/ufvkNLOOxR

A P6 finish for @mattdracing at @WGI gives him a top 10 in four of the last seven races in 2019! pic.twitter.com/DpSvsGaGGN

And now, a word from your @WGI winner: @chaseelliott!

Leave your congratulations for the driver of the 9️⃣ below! pic.twitter.com/zOybG8bdIh