Two months ago, the Yankees visited Tropicana Field under a magnifying glass and a whole lot of pressure.

The Rays were in first place in the American League East and New York’s lineup was decimated by injury, forcing many youngsters to mature quickly in order to fill in the gaps. A sense of make-a-statement-now hung heavy in the air as a result, and the Yankees took two of three from the hosts during a series that included plenty of fireworks. 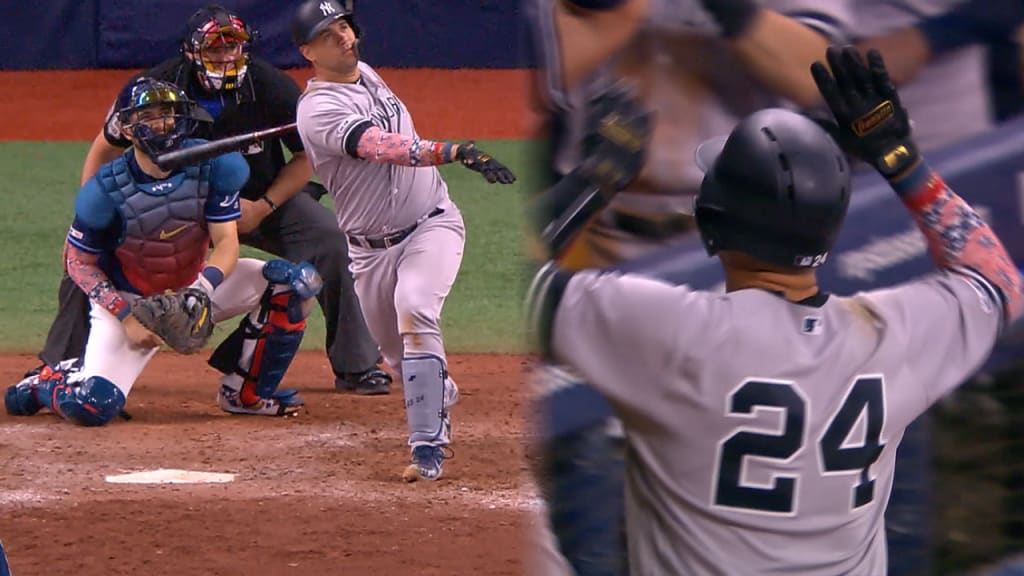 Two months later, New York is in control of the division by 7 1/2 games and has won eight of 10 contests against Tampa Bay this season. On Thursday, the Yankees opted to wait until the end to make things exciting, as Aroldis Chapman blew a save chance in the ninth before Gary Sanchez capped off a five-run 10th inning with a mammoth three-run homer in an 8-4 win over the Rays at Tropicana Field.