There were not as many early fireworks as the London Series continued into its second game, but All-Star Gary Sanchez continued his resurgent season by delivering a big blow when it counted, helping to spark the Yankees’ biggest inning of the season.

The Yankees catcher’s two-run single gave his club its first lead of the afternoon, part of a nine-run outburst against the Boston bullpen in the seventh that boosted the Bombers to a 12-8 victory over the Red Sox on Sunday, sweeping the inaugural two-game set at London Stadium. 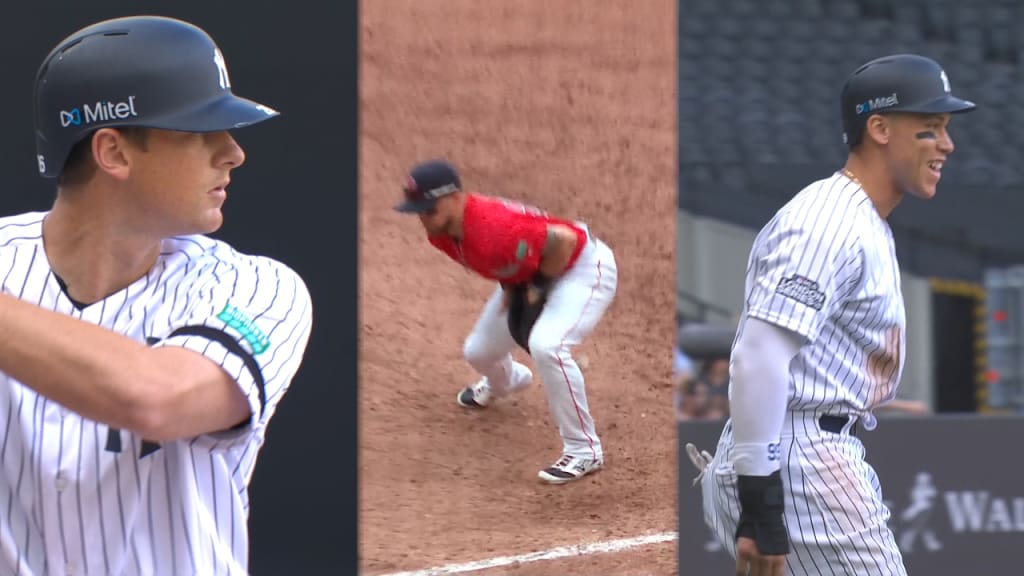 Boston scored four first-inning runs off Stephen Tarpley, with Xander Bogaerts, J.D. Martinez and Christian Vazquez slugging homers, but Luis Cessa cooled the Red Sox’s bats with four terrific innings of relief. That kept the Yanks in the contest, allowing them to rally for their 13th win in 14 games while improving to a season-high 26 games over .500.