Hobart falls in Philly, 12-11 in overtime 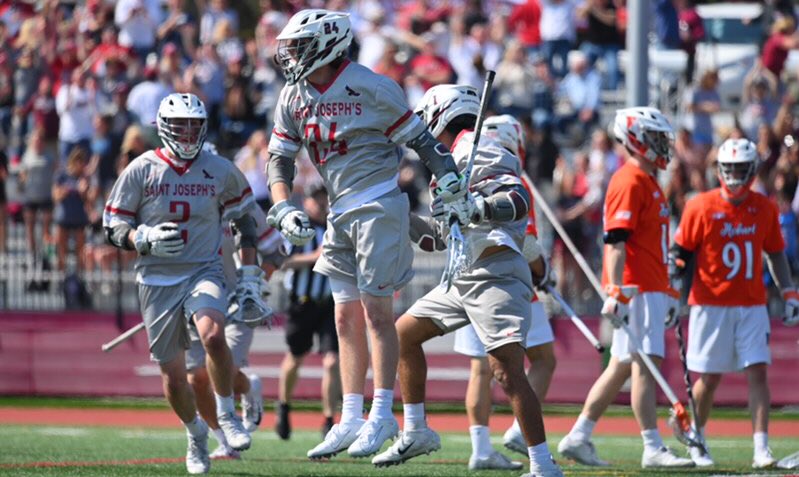 Scott began the day with 98 career points. After a quiet first half that saw Hobart (8-3, 2-1) go into the break trailing 6-5, Scott inked his name on the scoring sheet with an assist on an extra-man goal by first-year Jason Knox. It was Knox’s team-leading sixth extra-man goal, the most by a Statesman since Alex Love ’15 had seven in 2012.

GREAT SCOTT!
Justin Scott's 1st goal of the day ties the game at 8 in the third quarter & gives him 100 points for his career!@HobartLacrosse#GoStatesmen | #NECMLAX pic.twitter.com/WhTpzQ8ua3