The Syracuse Orange men’s basketball center position figures to intrigue more than nearly any on the roster after Paschal Chukwu’s departure. On Friday, the Orange landed a potential replacement for the 7-foot-3 shot-blocker that helped anchor SU’s top-tier defense for two seasons. 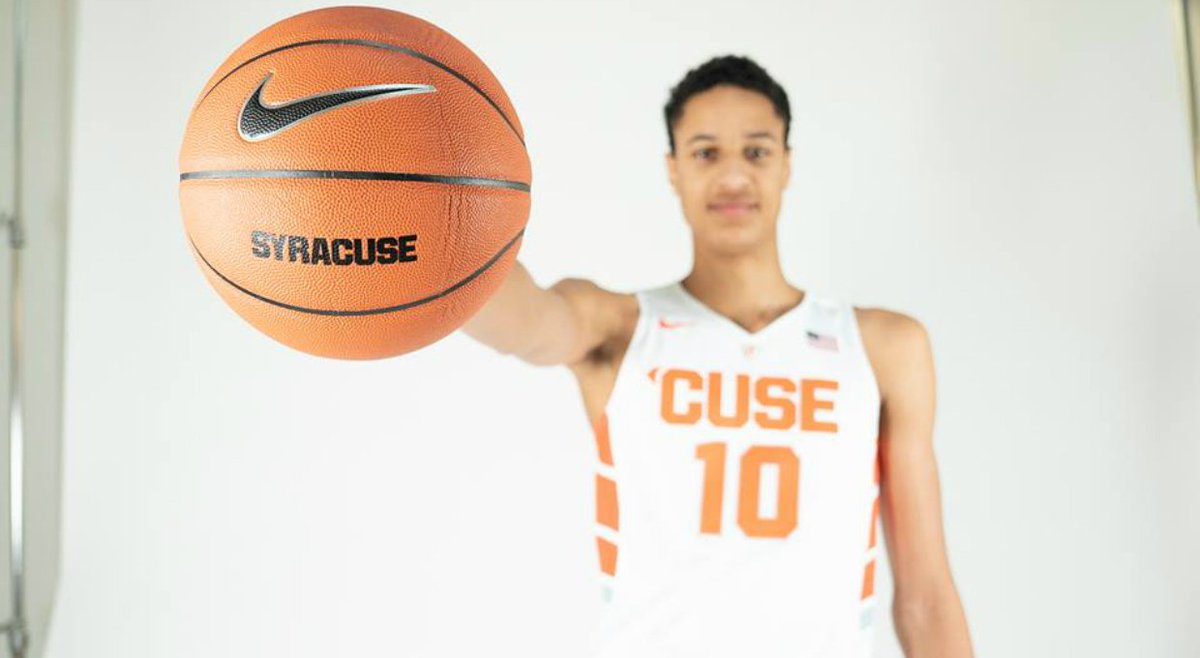 Jesse Edwards, of the IMG Academy in Florida, has committed to Syracuse according to Syracuse.com. The currently unrated forward/center is 6-foot-11 and 215 pounds, and arrived in the U.S. to play with IMG back in January. He joins Bourama Sidibe, Marek Dolezaj, Robert Braswell and fellow 2019 commit John Bol Ajak as potential contributors in the interior. Edwards is also the fifth recruit SU has landed in this class, joining Ajak, Joe Girard, Brycen Goodine and Quincy Guerrier.

FINALLY, Syracuse has filled the void at center with the addition of 2019 @IMGABasketball recruit Jesse Edwards. Our recruiting analyst @DAMNTWIN breaks down this high-ceiling prospect + what he can bring to the #Orange. https://t.co/fyDoYZRR7u

#Syracuse has itself a roster…for now.

The 6'11 forward is the fifth member of the 2019 class and comes from the Netherlands. https://t.co/15nqzZ8XmM