The Tigers’ pitching is certainly a bright spot for the club, entering Wednesday’s action ranked fifth in the Major Leagues with a 2.33 ERA.

Tigers left-hander Matthew Boyd helped them become among the elite in that department by dominating for 6 1/3 innings in a 2-1 victory over the Yankees at Yankee Stadium on Wednesday afternoon. 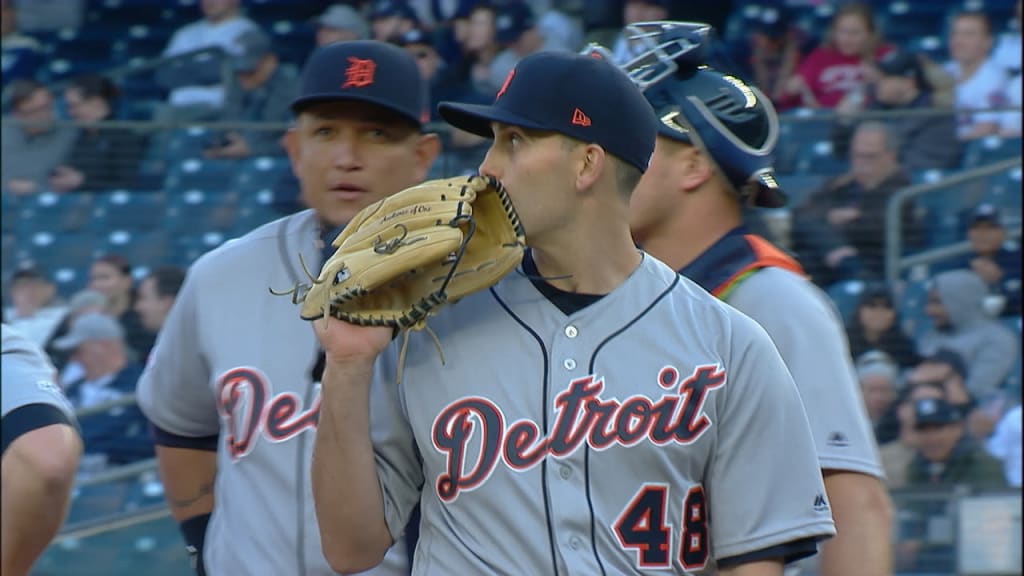 The Tigers, who play their home opener on Thursday against the Royals, improved their record to 4-3. According to the Elias Sports Bureau, the Tigers are just the third team since 1900 to win at least four of its first seven decisions when scoring a combined 12-or-fewer runs, joining the 1913 Phillies and the ’71 Mets.

The Tigers didn’t need to score many runs on this day because they had Boyd on the mound. He showed that he could pound the zone and had a game to remember. Boyd struck out a career-high 13 batters, scattered five hits and allowed one run. Boyd had 26 swings and misses and became the first Tigers pitcher to start his season with back-to-back 10-plus strikeout games.