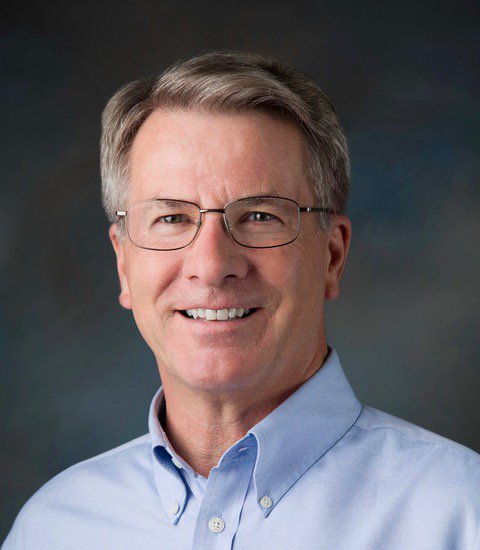 The Democrat was the third person to announce a bid for the position held currently by Republican Greg Lazzaro. At a meeting this week – Lazzaro failed to gain support from the Republican Committee, and instead – the party nominated Mike Ferrara, a retired teacher, principal and basketball coach in the Waterloo Central School District.

Former Village Mayor Brad Jones, announced earlier this month that he would be seeking the Democratic nomination at this year’s caucus. Jones said that Avery’s announcement wouldn’t impact his plans.

Avery, a resident of Seneca Falls since 1977 is a retired school teacher of choral music and theatre in the Seneca Falls Central School District. He retired from teaching in 2011 after spending 34 years in the academic setting; and led the Seneca Falls Environmental Action Committee for two years before being elected to Town Council in 2017.

Avery says that continued support of Local Law 3 is central to his campaign. That law mandates a 2025 closure of Seneca Meadows. He says that supporting infrastructure renewal that will help the Town be in the best possible condition moving forward is also a staple.

Beyond those two items – Avery wants to focus on sensible tax policy; and support for new and old businesses alike in Seneca Falls. He says that the Town cannot afford to lose any more.

In addition to the Town Board and the SFEAC, Avery is an adjunct instructor at Hobart-William Smith and Ithaca Colleges, music director at Trinity Episcopal Church in Seneca Falls, a cantor for several Catholic churches in Auburn, the Seneca Singers, and Preserve Seneca Falls.

He lives on Cayuga Street with his wife, Susan, and two beagles.

As far as the issues go, Avery defended the decision to raise taxes in 2018 when landfill revenues were not used for that effort. “While that was a tough decision to accept, it was the right one. The Town can now use the landfill revenue for much-needed infrastructure renewal,” he explained. “t didn’t get much attention, but we just authorized almost $500,000 for improvements at the fresh water intake plant. And that’s just the beginning. The intent is to start there and work our way through the system, making sure our town is in the best possible condition when the landfill payments end six years from now.”

Avery says that his commitment to keeping Seneca Meadows on track to shut down in 2025 is among his biggest priorities. “I can’t imagine that anyone who negotiated and signed the existing Host Community Agreement in 2007 had any idea of what the landfill would become by the time the agreement ended in 2025,” he explained. “Mega-landfills simply didn’t exist back then. Now we have the state’s largest landfill and they want a new agreement allowing them to continue to operate to 2037 and beyond. It can’t be allowed to happen. Our community has had enough. Our future depends upon the decisions we make now. It’s time to put our water, our air, and our current and future quality of life ahead of revenue.”

As for economic development, Avery says that the Town is already makes steps that will prove beneficial in the long-term, which includes pursuing the $10 million Downtown Revitalization Initiative prize. “We must support our existing businesses, whether it is Gould’s/ITT or the local florist. We can’t afford to lose any more of them,” he continued. “At the same time, we should be pursuing new development. All our resources should be brought to bear with the Town Board, the Downtown Business Association, the Seneca Falls Development Corporation, and others, working together to create the healthiest possible business environment. However, all this must be done in sync with our town’s identity.”

He says that includes updating and then adhering to the Town’s Comprehensive Plan, and capitalizing on history, heritage and community.

Grants are going to be part of the economic development process, according to Avery. “We must go back to aggressively seeking grants to fund some of this work. Through the efforts of the Seneca Falls Development Corporation,” he explained. “We submitted our first Downtown Revitalization Initiative application last year, and were a declared a finalist in our region. Work is already underway on this year’s application.”

He said that with help from the Town’s engineering firm, infrastructure grants can also be pursued and obtained. “There are countless sources of state and federal funds to help address other development, housing, environmental cleanup, and enrichment needs,” he continued. “We don’t have a strong recent history there. We should be pursuing every relevant grant opportunity.”

While optimistic about working with the Town’s engineers on improving infrastructure – Avery isn’t sold on the prospect of it bringing another major economic driver like ITT Goulds or Sylvania. “Our future lies in tourism and the services and enterprises that support it. We must market our community with greater outreach, striving to make Seneca Falls a legitimate tourist destination,” he explained. “Seneca Falls is a major gateway to the Finger Lakes region. We must make decisions and create experiences that encourage visitors to stop here, not just pass through or go another way. In doing so, we will make our town a better place for our own residents,” Avery concluded.