Fight to preserve Huntington Building heating up in Seneca Falls

An unidentified Rochester developer has contacted Huntington Building owner Peter Koch and expressed an interest in buying the vacant landmark building for preservation and reuse. 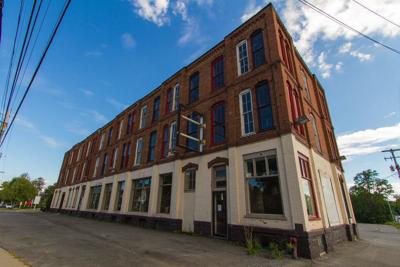 According to the Landmark Society of Western New York, Koch has not yet responded to that inquiry.

Koch has said he wants to obtain a permit to demolish the three-story brick building, built in 1870 to house the National Yeast Co., before selling the 201 Fall St. property to an Ohio firm to erect a gas station and convenience store.

The town’s Heritage Preservation Commission has thus far balked at issuing the permit, allowing supporters and opponents of demolition to heighten the debate. There will be a public hearing on the issue at 6 p.m. Feb. 12 at the Seneca Falls Library, 47 Cayuga St.

In a news release Monday, the Landmark Society said it is teaming up with the Preservation League of New York State, Preserve Seneca Falls and others in the fight to save the building from demolition.

“The Landmark Society and Preservation League disagree that demolition is the only option for this building,” said Wayne Goodman, executive director of the Landmark Society. “We have reached out to the building owner to discuss possible options and he has not responded.”

The Landmark Society listed the building in its 2018 “Five to Revive” list and has reached out to an unnamed Rochester developer to gauge interest in the building. Goodman said the developer viewed the site and the exterior of the building and contacted Koch to express interest. Goodman said Koch did not respond.

“This prominent brick building would make an excellent candidate for adaptive reuse as housing, artist studios, mixed use and more,” said Jay DiLorenzo, president of the Preservation League.