Martin Smallwood twice jumped on the chest of Camila “Milo” Robledo before hitting him in the stomach with a 2-by-4.

That was the testimony of an eyewitness, Joseph Lampley, during the start of Smallwood’s trial Monday in Wayne County Court. 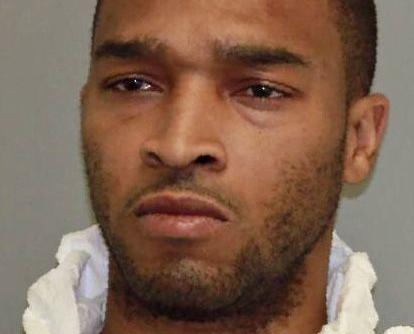 Lampley testified about the events of last July 21, when Smallwood is accused of killing Robledo during an argument at a Lyons apartment building on Water Street. Lampley and several others were there at the time.

Lampley, who lives in Newark, said he walked to Lyons that day to spend time with friends at the apartment house. He bought a 24-ounce beer at the Kwik Fill on Route 31 then went to Water Street, where others were drinking about 4 p.m. that afternoon.

Lampley said Robledo and another man, who he identified only as Reggie, were arguing earlier before they went to a liquor store. Lampley said when they returned, Smallwood started arguing with Robledo.

Lampley testified that he didn’t hear what they were arguing about but saw Smallwood punch Robledo twice in the body while Robledo was on the ground. Lampley said the blows forced Robledo to roll over and hit his head on the pavement, and Smallwod then jumped on Robledo’s chest twice.

Lampley said Smallwood then hit Robledo in the stomach with the 2-by-4.

“I saw Milo’s eyes roll into the back of his head,” Lampley said, adding there was blood coming from Robledo’s head and mouth.

Lampley added that he never saw Robledo hit Smallwood, who walked away in the direction of the Lyons Fire Department.