The town of Owasco accepted a bid for the first phase of the town’s water quality improvement project during a special meeting Thursday morning. 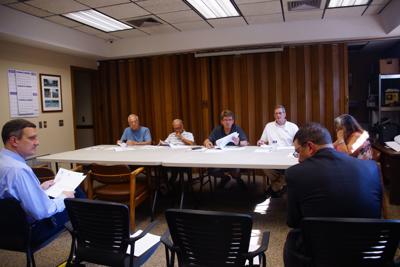 The town’s Permanent Granular Activated Carbon Microcystin Treatment System Project has the purpose of transitioning the town’s temporary carbon filtration system into a permanent system. The carbon filtration units are able to remove microcystin and other potential cyanotoxins, which are harmful to human and animal health, from the water drawn from Owasco Lake. The toxins are released from harmful algal blooms, which first became an issue in Owasco in 2016 when cyanotoxins were detected in the finished drinking water.

For the last two years, Owasco has been able to run on a temporary carbon filtration system, but Owasco Town Supervisor said the town plans to have the permanent system in place by August. The entire project will include construction of a new pumping station, a new below-ground suction wet well, a new service building for the carbon filters, a new underground piping system, a new chlorine system and various supporting elements.

In November, the state announced a grant for Owasco that will cover 60 percent of the entire project’s cost, up to $2 million.