When the Lake Tunnel Solar Village sees its first unit placed in Geneva in the coming weeks – it will be a big moment for the city, which has become an innovator in the region for economic development. 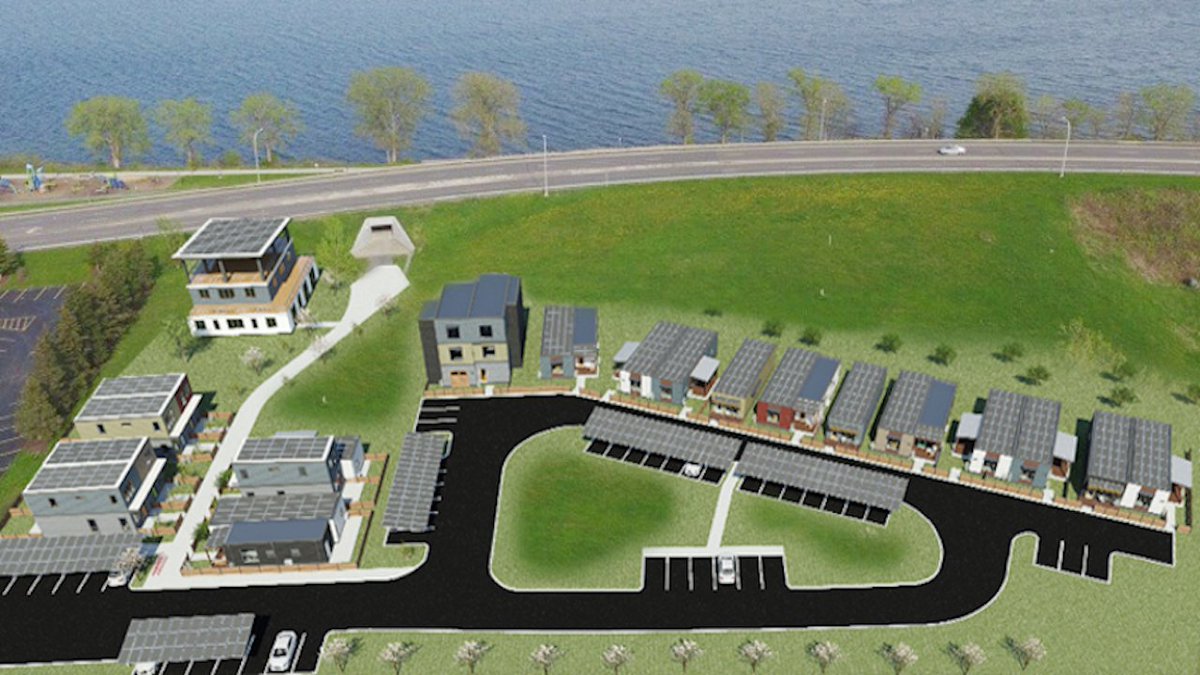 A rendering of the community along Route 5&20.

CEO Ryan Wallace sees the Lake Tunnel as a blueprint for other communities like it. The development near State Route 5&20 isn’t intended to be the only one in the city, but as his Solar Home Factory grows and looks ahead – affordability is crucial.

“We’ve made a decision to focus on products that we can build in our Geneva Factory,” said CEO Ryan Wallace. “We can build these homes in a climate controlled environment in a matter of weeks and eventually ship them all over the northeast.”

Affordability is important, according to Wallace, who says that the demand for massive, multi-level homes is going away. Currently there are seven townhomes available for purchase starting at $149,500, and six villas available starting at $239,000.

The homes have no heating or electric bills and are designed to be low maintenance. They also happen to be within walking distance of downtown Geneva, Jennings Beach, and the planned marina along Seneca Lake.

The company had previously planned on building condos at the site, but will now focus only single-family homes. “We’re seeing a shift in what people want in housing,” explained Wallace, who talked about his own experience in an appearance on Inside the FLX this week. “Young people aren’t looking for those ‘McMansion’ style properties,” he added. Wallace says young homebuyers are looking for manageable properties, and aren’t as worried about having large, statement homes that have been typical in past generations.

At the same time, a lot of longtime homeowners are showing interest in the solar community, and similar housing. “Not having typical maintenance is a big factor for a lot of people,” Wallace added.

The first home is set to be placed in early-February; and by 2020 – the community should look significantly more complete than it does presently. “So much of the work we’ve had to do was just getting the site ‘ready’ for building,” he explained. “The homes can be built pretty quickly.”

They’re looking well-beyond the Lake Tunnel site, though. The company has plans to grow in Geneva, and well-beyond, with the hope that communities like Lake Tunnel will start popping up throughout the Finger Lakes.