For five and a half hours, sewage flowed from a manhole on Chapman Avenue Wednesday morning in Auburn, according to an alert issued by the state. 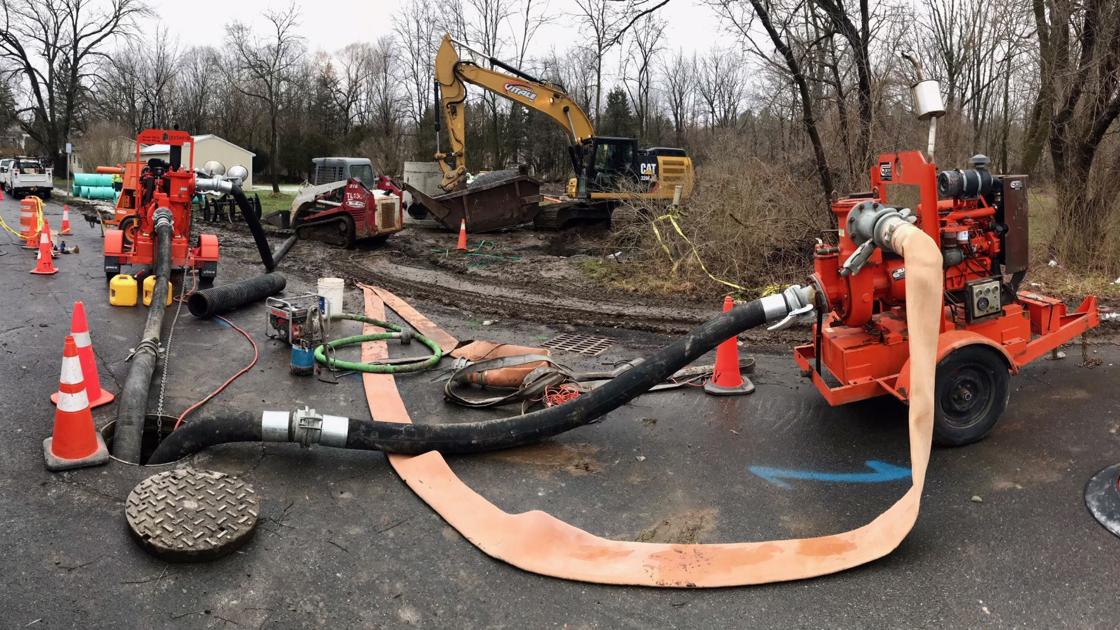 The street has been blocked off between crossroads Quill Avenue and Worden Avenue as crews work to make more permanent repairs. The section of the street will hopefully re-open Friday, said Auburn Municipal Utilities Director Seth Jensen.

According to the alert, root intrusion construction on Chapman Avenue for a replacement line was already in progress before the discharge was reported. Residents were cautioned to avoid the area. The discharge rate was estimated at 690 gallons per minute.

Under the 2013 Sewage Pollution Right to Know Act, New York municipalities with publicly-owned treatment works or sewer systems must report any untreated or partially treated discharge to the state within two hours. Municipalities are required to report the same information to the public within four hours of the incident. The state alert for Wednesday’s incident was issued at 9:20 a.m. and it said the event started at 2:05 a.m.