Sheriff Luce says he wants a second term in Seneca

Seneca County Sheriff Tim Luce would like another four years on the job.

During Friday’s awards ceremony at the Law Enforcement Center, Luce told the Times of his intention to run for a second term later this year. Luce was first elected in 2015, running unopposed in his bid to succeed the retiring Jack Stenberg. 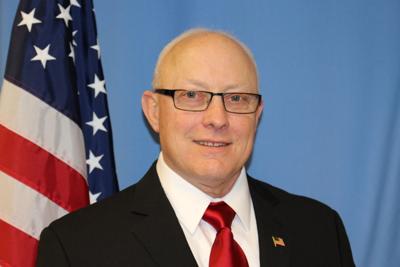 “As sheriff for the last three years, I have run the office with openness, honesty, and integrity,” Luce said. “The office has worked closely with the local and surrounding police agencies to better protect the citizens of Seneca County. I have been fiscally responsible, worked within my budget and still provided top-notch police services to the community.

“That being said, I do have to give most of that credit to the wonderful men and women who work at the sheriff’s office.”

Luce started his law enforcement career in 1984, when he was hired by Sheriff Ken Greer. He was promoted two years later to the sheriff’s office criminal investigations division, working in that unit until 1989.

Luce transferred to the Waterloo Police Department in ’89. He was promoted to sergeant in 1995 and retired from full-time duty in 2009.