The first woman to serve on the police force in the Birthplace of the Women’s Rights Movement will retire January 30th.

Sgt. Susan Pluretti’s retirement-resignation was accepted by the Town Board Wednesday. 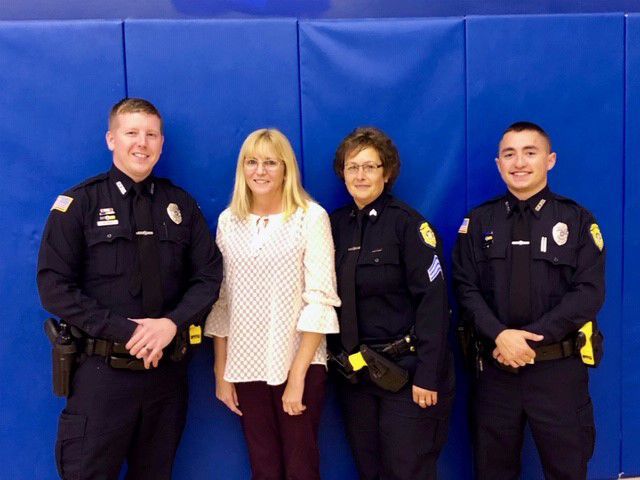 She began her law enforcement career with the Seneca County Sheriff’s Department in 1989 and joined the former village Police Department in her hometown in 1994. In 2011, she was promoted to sergeant. She paved the way for other women to join the department, which now has three woman officers.

Police Chief Stu Peenstra praised Pluretti for her skills as an effective police officer. A statue of Pluretti was created and installed on the Ludovico Sculpture Trail along the Cayuga-Seneca Canal, along with those of Elizabeth Cady Stanton and other famous women.

The board gave Peenstra authority to fill her sergeant position.

Editor’s Note: An earlier version of this piece showed Pluretti’s retirement date as June 30th. It has been updated to reflect the correct date, January 30th.