A second suspect has been charged in the May 3 incident at Love’s Travel Stops in Tyre. 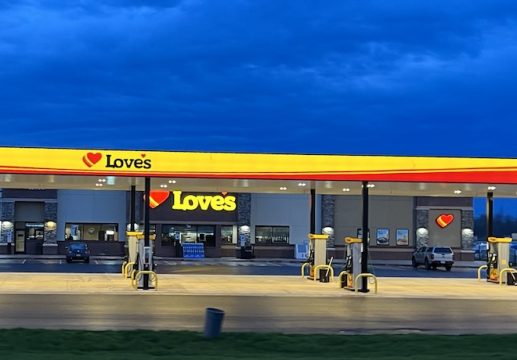 On May 3 at approximately 5:33 a.m., police were called to the Love’s truck stop after small fires were reported inside the building. In a news conference on May 4, Sheriff Tim Luce described the situation as ‘chaotic’ when deputies arrived at the scene.

Luce said a one-year-old was found dosed in flammable liquid and the two suspects attempted to light the child on fire. Deputies also found a suspicious device in the men’s bathroom, which was later found to be a makeshift replica and not incendiary. A four-year-old child was found abandoned in the bed of a tractor trailer with a head injury.

Both children were taken to the hospital. At the news conference earlier this month, Sheriff Luce said both children were expected to make a full recovery and were in the custody of Child Protective Services.

Next court date is July 27

In regards to Avery and Callada, Sinkiewicz told the Finger Lakes Times, “We believe they are married and the two children are the product of that union, but we do not have documentation to that effect. We cannot even begin to speculate as to why the parents would attempt to incinerate their infant child, and we may never get an answer to that question.”

Avery and Collada were arraigned on Tuesday. Judge Barry Porsch remanded them to the county jail as $200,000 bail, $400,000 secured bond or $800,000 partially secured bond was not posted.

The pair’s next scheduled court date is July 27.