Logan Schmitt wanted to raise money for his school’s food pantry. With the help of his Mom, Abbie, he raised $115. When she posted what Logan had done on the Aldi Aisle of Shame Facebook group, a company representative contacted the Schmitt’s and added a five hundred dollar gift card to Logan’s efforts.

Abbie says word of what Logan had done quickly spread, with the post racking up over 700 comments and 10,000 engagements on Facebook. 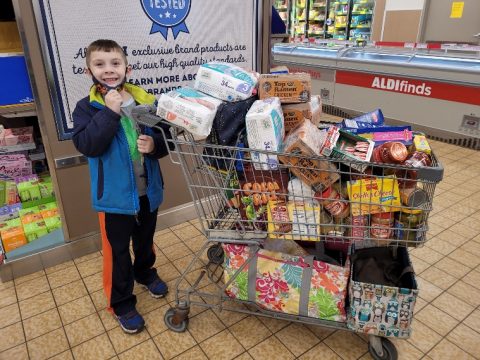