Around 12:09 a.m. the police and firefighters responded to a structure fire at 192 Ovid Street. Upon arrival, a trailer was observed to be fully-engulfed in flames. Police were able to confirm that all residents had evacuated the home and that no one had reported any injuries.

The Seneca Falls Fire Department responded along with units from the Waterloo, Canoga, Fayette and the City of Geneva Fire Departments. Firefighters were able to extinguish the structure fire within an hour of their arrival.

The structure was a total loss, and the residents had to make alternate arrangements for housing. The American Red Cross was contacted in order to provide further assistance to the residents. The cause of the fire is under investigation but is not suspicious.

No injuries were reported. North Seneca Ambulance and the Seneca County Sheriff’s Office also responded to the scene. 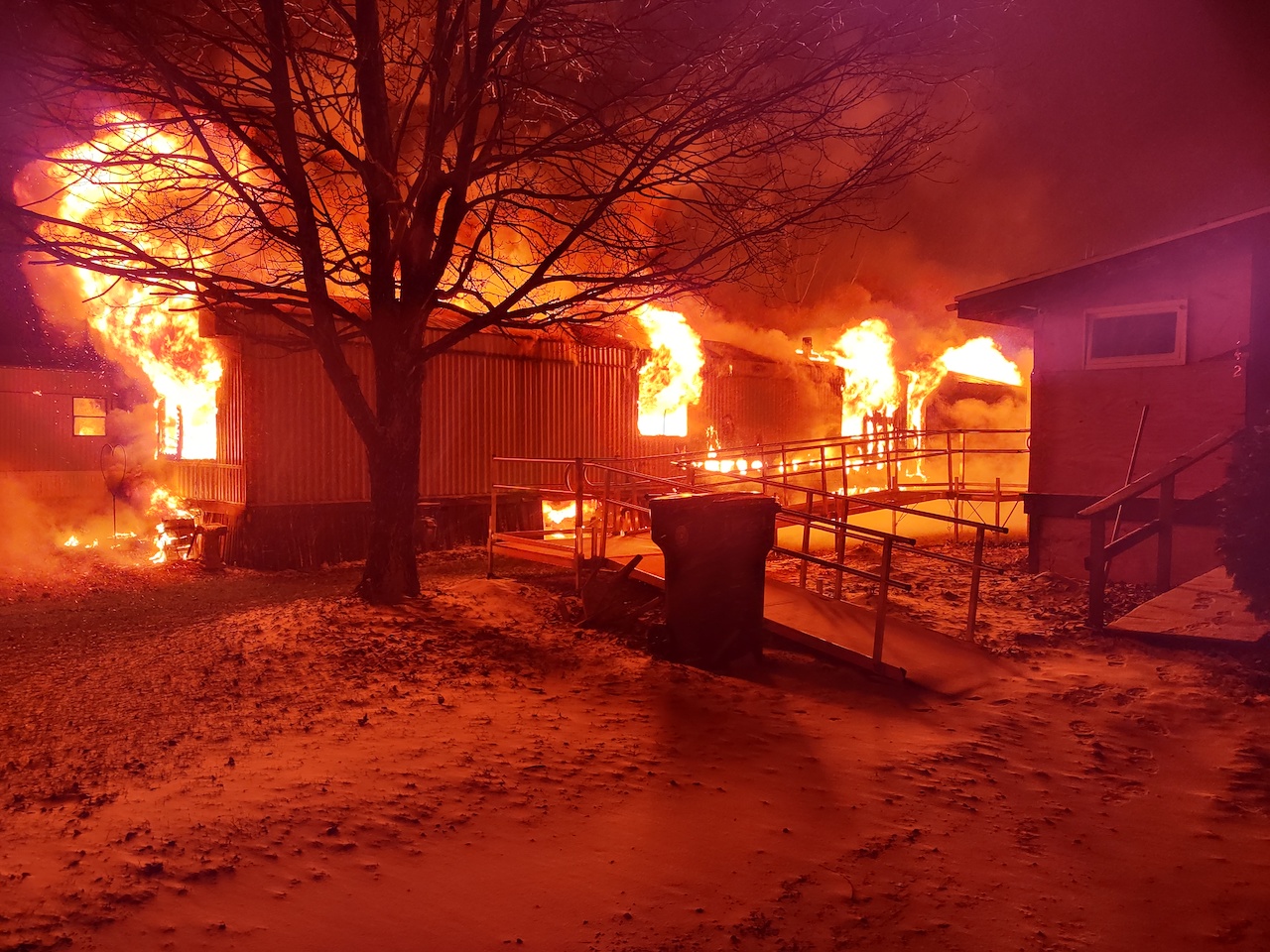