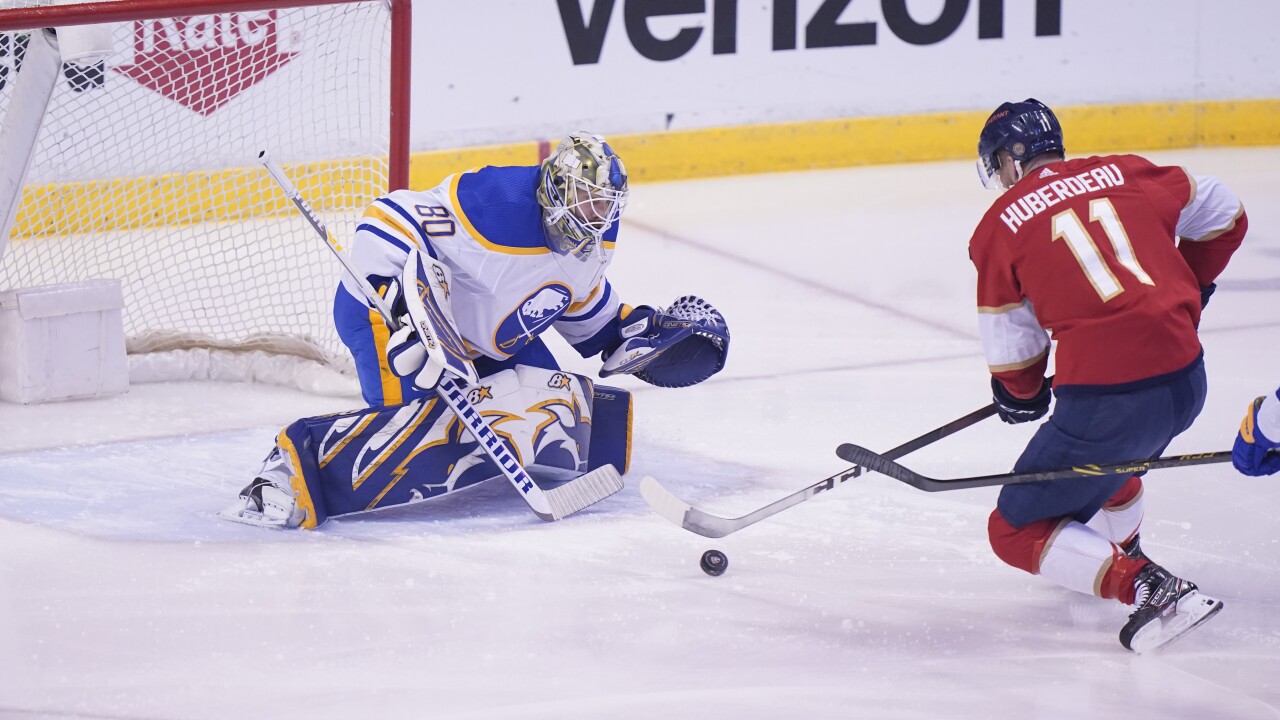 The Buffalo Sabres led 3-0 and 4-1 on Thursday, but the Florida Panthers wouldn’t go away, scoring six answered goals to ultimately hand the Sabres a 7-4 loss at FLA Live Arena.

Hinostroza had his first multi-goal game since he recorded a hat trick on March 14, 2019 when he was with Arizona.

Mittelstadt skated 19:07 in his return to the lineup while scoring his first of the year. He sustained an upper-body injury in the season opener and was forced to miss the past 21 games.

Kyle Okposo recorded an assist to extend his point streak to five games (2+4).

Sergei Bobrovsky started for Florida and made eight saves on 12 shots. After Buffalo’s fourth goal in the second period, Spencer Knight replaced Bobrovsky in net. Knight

Buffalo’s power play was 0-for-3 while the penalty kill was 2-for-3.