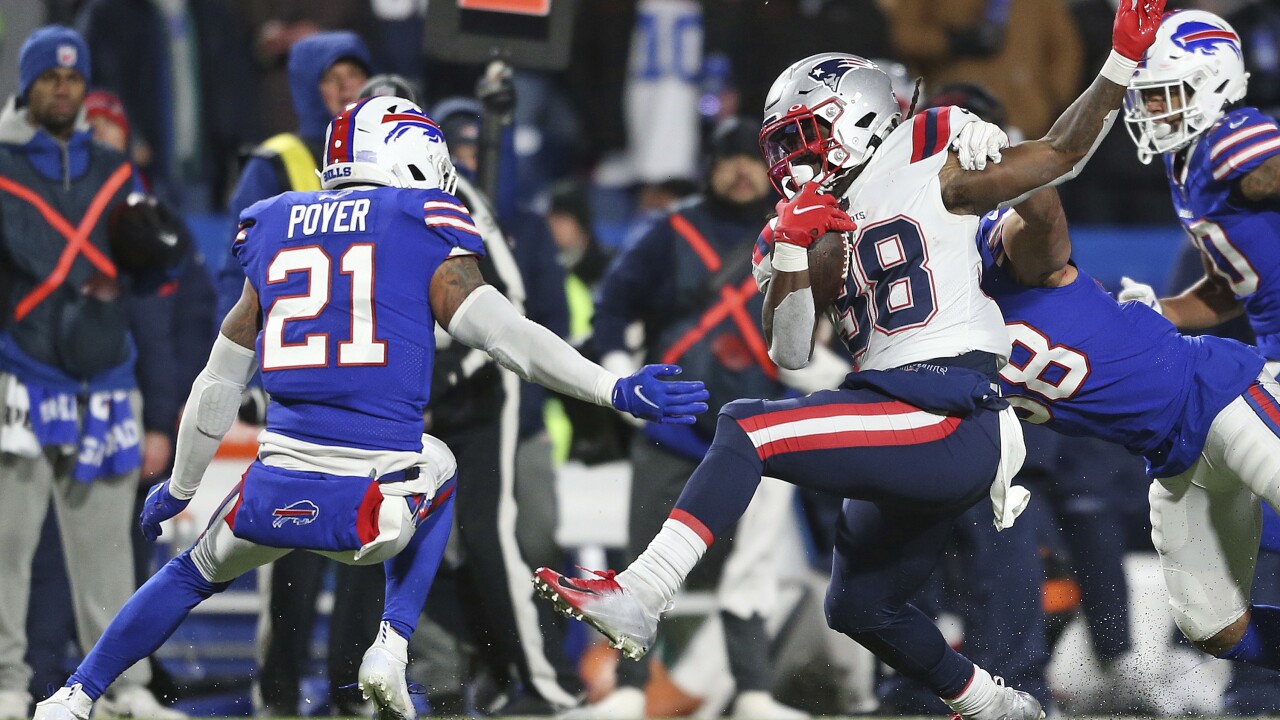 The Buffalo Bills came up short against the New England Patriots on Monday night with a share of first place in the AFC East on the line.  The game was determined via the ground, with the weather not optimal, the Bills air attack was grounded for most of the night.  The Bills fall to 7-5 on the season, with an AFC East record of 3-1.

Dealing with the high winds, Josh Allen was still able to connect on 15 of 30 pass attempts, netting 145 yards through the air including a first half touchdown to wideout Gabriel Davis.  The running attack couldn’t get the yards when it mattered for the Bills, and after coming up empty in the red zone twice in the final quarter, the Patriots came away with the 14-10.

When your quarterback throws a stiff arm >>>>>

The Buffalo Bills (7-4) are coming off a long weekend after Thursday’s Thanksgiving win. The team had a few days off to get healthy and relax. Now all eyes are on Monday night as they host the Patriots (8-4) at Highmark Stadium.

Week 13 presents a game with huge implications for the division and the playoffs as the Patriots currently lead the AFC East.

Get your popcorn ready. ?@TerrellOwens is returning to @HighmarkStadm for MNF as our Bills Legend of the Game: https://t.co/DAHLkZUo55 pic.twitter.com/LrgncVh5ME