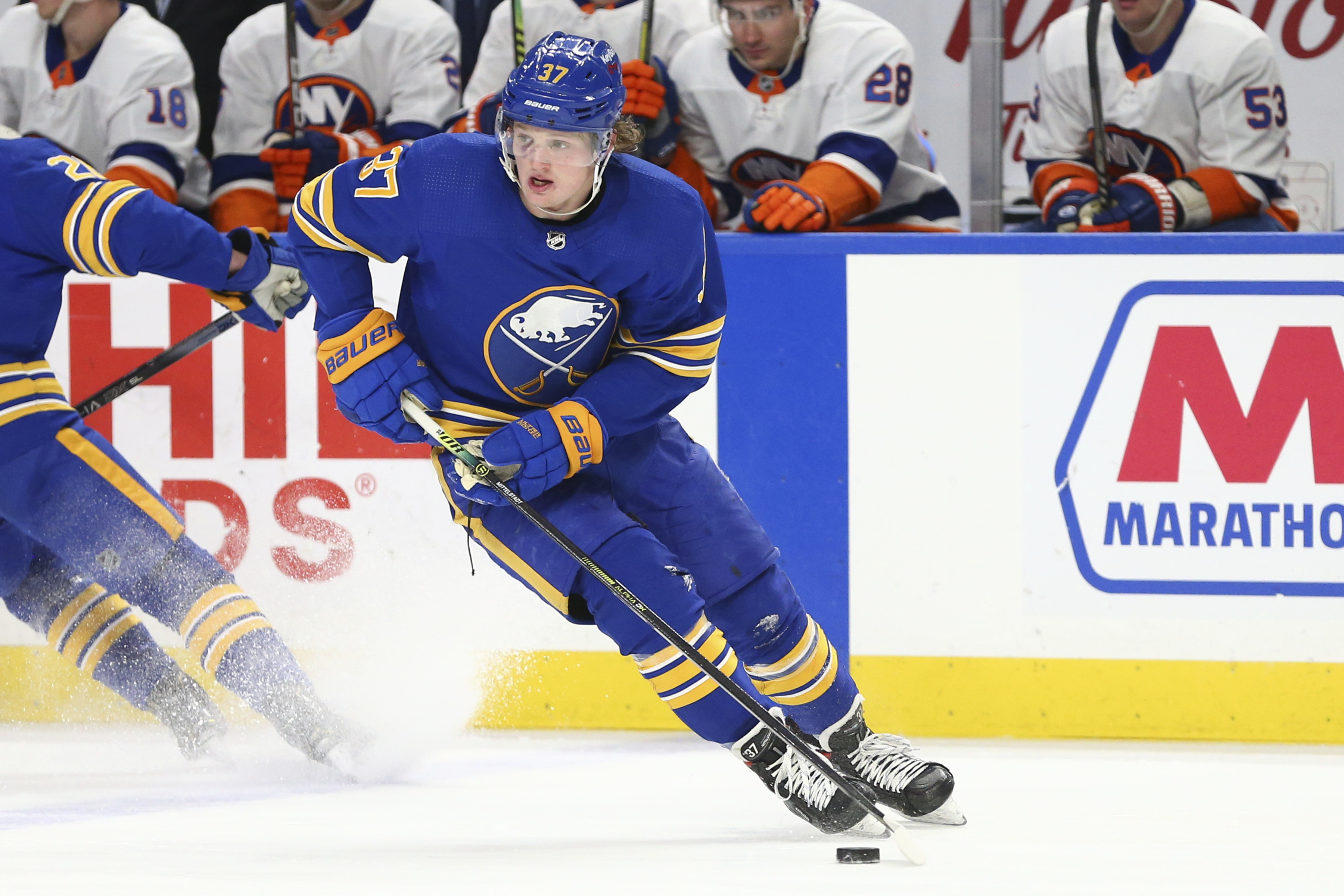 The Sabres, who leave Tuesday afternoon for a two-game road trip, have one other healthy goalie on the roster, Aaron Dell.

Meanwhile, Granato said center Casey Mittelstadt, who suffered an upper-body injury Oct. 14, is on track to play Thursday against the Florida Panthers. Mittelstadt practiced between Zemgus Girgensons and Rasmus Asplund this morning inside KeyBank Center.

Granato said the Sabres will decide if Mittelstadt can play after Wednesday’s practice. The American has missed the last 21 games.

“(We) tried to get him as much pace and compete and battle as we could today,” Granato said. “Obviously, practice couldn’t be too long in taxing and duration as result of that. But he got some, so it’s definitely progress for him, a progression for him to get some battle and he’ll get more tomorrow.”

The Sabres could have another new face in the lineup Thursday. Mark Jankowski, who signed an NHL contract Sunday, skated at left wing with Cody Eakin and Vinnie Hinostroza this morning.

Granato said he expects defenseman Jacob Bryson, who missed Monday’s 7-4 loss to the Seattle Kraken with a nagging injury, to play Thursday. Bryson did not practice Tuesday.

“We held him today because we expect (him to play) Thursday, if that makes any sense,” Granato said. “We just felt it would be better for him.”