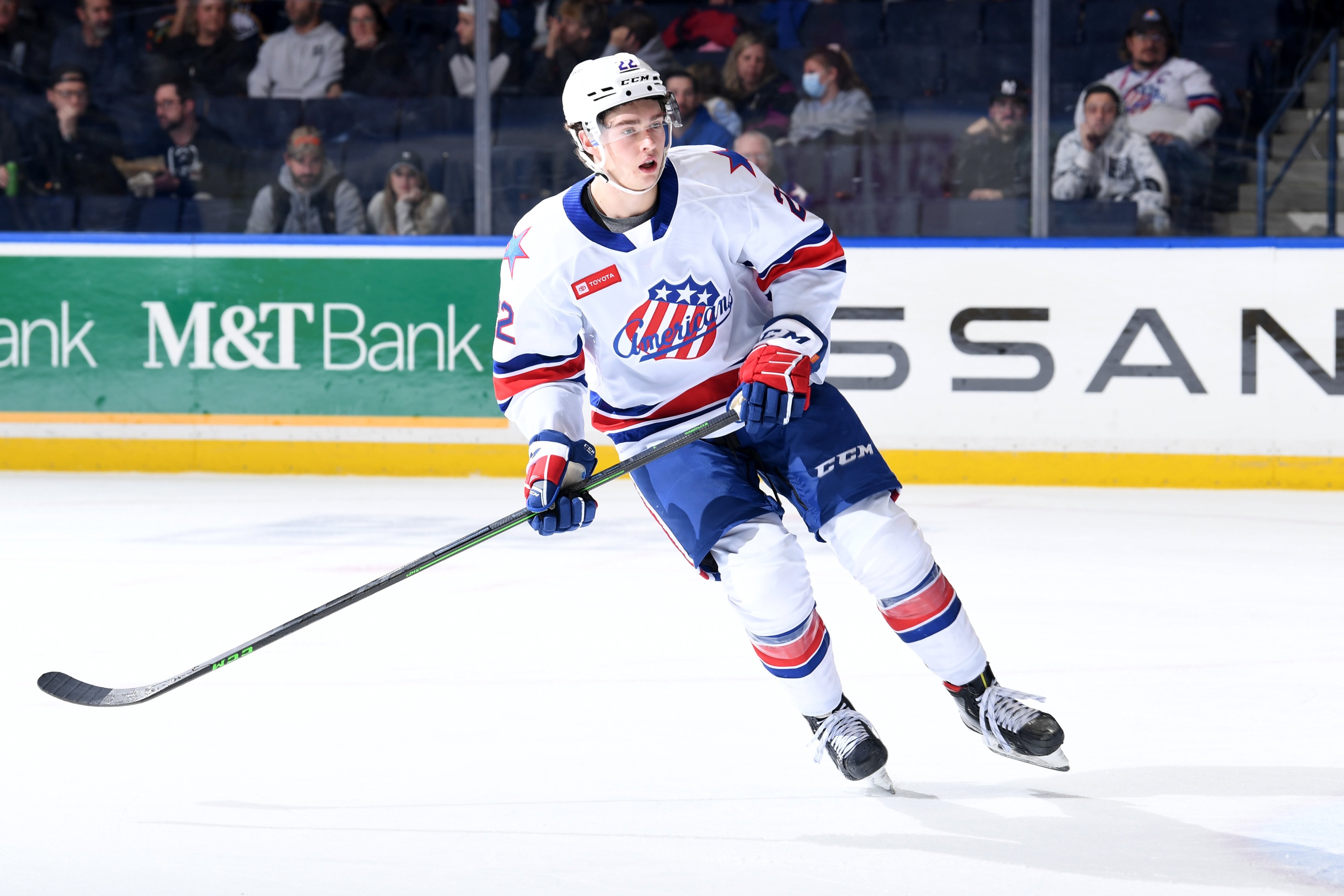 Jack Quinn, Buffalo’s top pick in the 2020 NHL Draft, has been having a sensational rookie season with the Rochester Americans so far.

Through 17 games, the forward has 11 goals and 24 points, which are both tops in the AHL. His 13 assists are tied for fifth. He had six points in three games last week.

The reigning AHL Rookie of the Month for October put together another stellar month. He posted 14 points (6+8) in 11 games in November and failed to record a point only twice.

He has eight multi-point games this season.

Fellow rookie JJ Peterka, who is second in Amerks scoring, is tied for sixth in AHL scoring with 18 points (4+14). His 14 assists are tied for second-best in the league.

Rochester is back in action Wednesday night when they host the Syracuse Crunch at Blue Cross Arena.