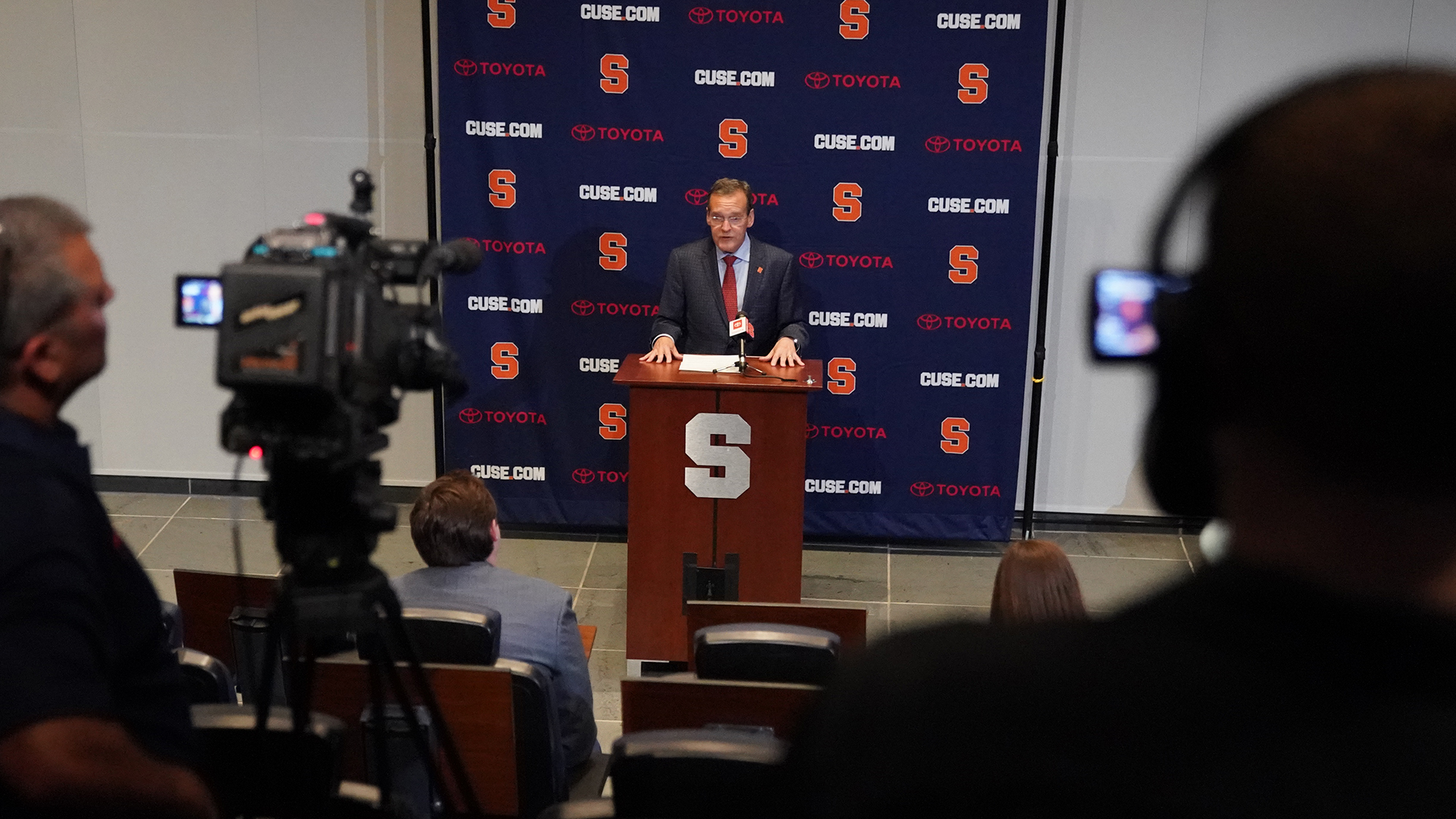 Syracuse Director of Athletics John Wildhack announced that Dino Babers will return as head coach of the Orange football program for the 2022 season during a press conference on Monday.

Wildhack said this was strictly a footbal based decision, and Babers’ buyout was not a factor. He also added he knows Syracuse needs to win more, but he saw growth and development in 2021.

The news is not a surprise given the coaching changes announced Sunday, with defensive line coach Vince Reynolds, tight ends coach Reno Ferri and offensive coordinator/quarterbacks coach Sterlin Gilbert all being let go. There is no need to make those announcements if Babers was going to be fired.

Syracuse also announced on Sunday that defensive coordinator Tony White and offensive line coach Mike Schmidt will be back for the 2022 campaign.

“I’m thrilled that Coach Schmidt and Coach White will be back for the 2022 season,” Babers said in a statement. “While the remainder of the coaching staff will be finalized in the near future, I’m excited that we’ve retained these two outstanding coaches as we continue to build for next season.”

Syracuse finished the 2021 campaign 5-7 and missed a bowl game for the third straight year and for the fifth time in six seasons with Babers at the helm. There was a lot of speculation amongst the fan base that Babers seat may be warm if he did not reach the postseason. The 2021 season did feature a four game improvement on the one win season in 2020. The emergence of Sean Tucker as one of the best running backs in program history, who set a record for rushing yards in season, provides a superstar to build around.

Overall, Dino Babers record at Syracuse is 29-43 through six seasons. The Orange had a memorable 10-3 season in 2018 that was capped by a Camping World Bowl victory over West Virginia. Syracuse is hoping Babers can recapture that magic in 2022.