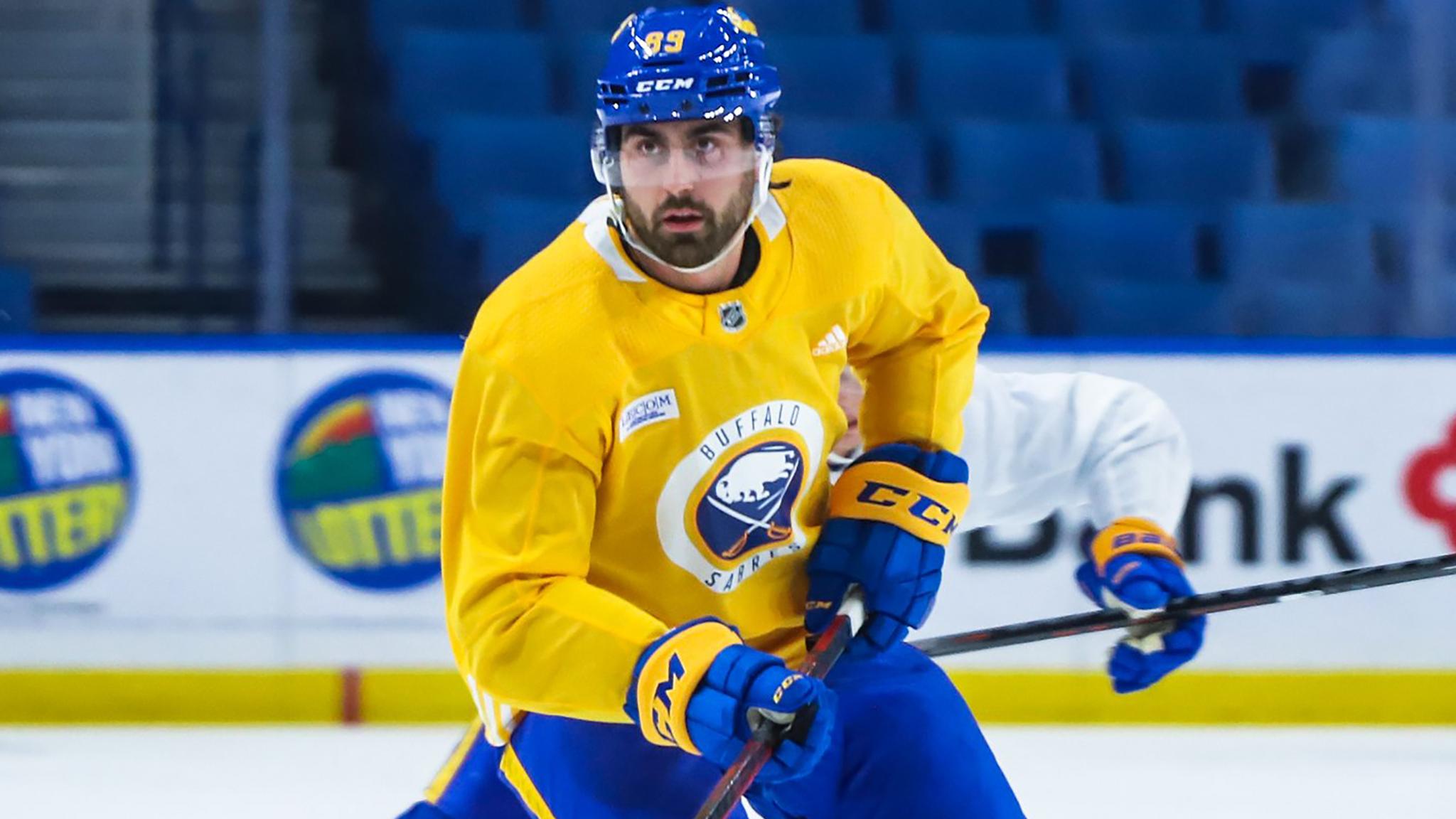 Alex Tuch has made it a point to try and uplift his teammates with his positive, extroverted personality since joining the Sabres earlier this month. He was able to send a jolt through the team in a different way on Monday.

Tuch wore a yellow non-contact jersey while skating with the Sabres ahead of their game against the Seattle Kraken. It was his first time on the ice with the team since being acquired as part of the trade that sent Jack Eichel to Vegas on Nov. 4.

Tuch, who is recovering from offseason shoulder surgery, is still a few weeks away from making his season debut, coach Don Granato said. But the anticipation is mounting.

“We were very excited as a staff and I think the players were as well to see him out there, along with Casey (Mittelstadt) in practice again,” Granato said. “So, exciting day.”

The Sabres could soon have two offensive reinforcements in Tuch and Mittelstadt, the latter of whom could potentially play on the team’s upcoming road trip through Florida and Carolina. Mittelstadt was slated to take top-line center duties before sustaining an upper-body injury in the season opener.

His intangibles have stood out in the meantime. Tuch – who grew up a Sabres fan in Syracuse – has spent the past month familiarizing himself with his surroundings. He paid a visit to the 11 Day Power Play when the team was on the road and watched part of the Toronto game on Nov. 13 alongside Dominik Hasek. He talked about bringing his AT9 Foundation, which helps children with a focus on pediatric cancer research, to Buffalo in the near future.

All of which is to say, he’s taking ownership of his new situation.

“Making a footprint as early as possible,” Tuch said. “… It’s not just our team, it’s not just the players in the locker room; it’s players, coaching staff, management, all of our support staff here at the rink, especially all the fans.

“The entire City of Buffalo, you want to get as many people a part of our team as possible. I know that once we continue to build and progress this team is going to be selling out barns, playing in the playoffs down the road. We have high expectations for this group going forward. I think myself included, we put a lot of pressure on ourselves to do as much as possible.”

Tuch said he felt good skating on Monday and is recovering on schedule. He’s been involved with team meetings and has spent games studying the tendencies of Don Granato’s system.

Otherwise, he’s just being himself.

“I’m just kind of coming every day with a positive attitude, try to uplift the guys and put a smile on a couple guys’ faces and bring some positive energy to the ice,” he said. “So, I was hoping I was able to do that today.”