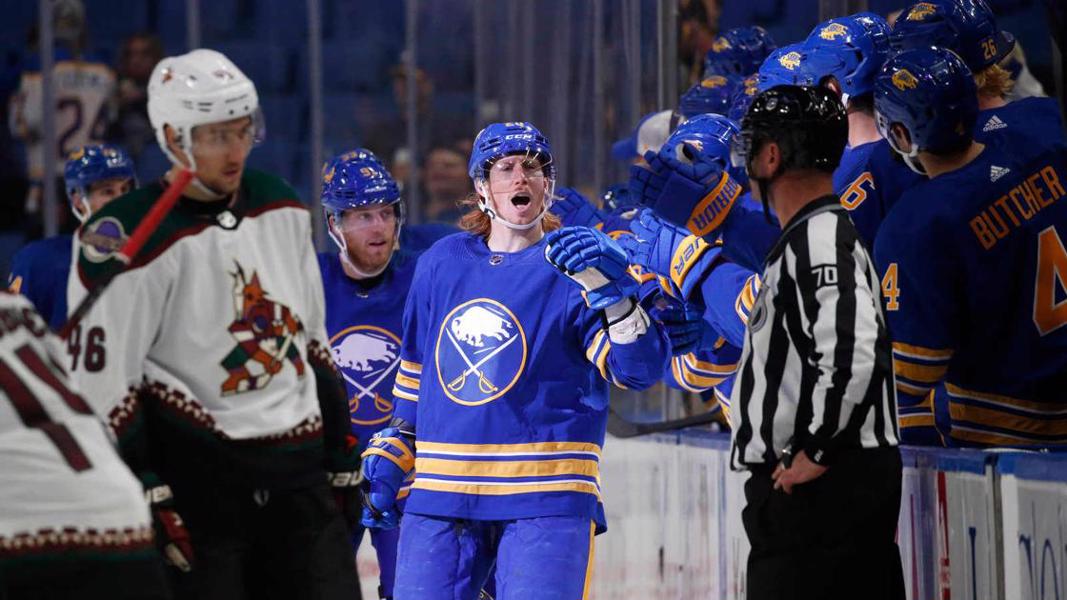 Center Cody Eakin will accompany the Sabres on their four-game road trip but will likely miss Thursday’s contest against the Anaheim Ducks, coach Don Granato said.

Granato expects Eakin, who suffered an upper-body injury when he crashed into the net during a practice drill Wednesday, to play later in the trip.

Eakin, 30, has missed the last three games. Granato said Eakin will be reevaluated after Thursday’s game. The Sabres also play Sunday afternoon, Tuesday and next Thursday.

In other injury news, Granato said defenseman Mattias Samuelsson, out since suffering a lower-body injury Sept. 17, has joined the Rochester Americans. Samuelsson has participated in the Sabres’ last two morning skates at home.

Granato said Samuelsson, 21, won’t be cleared to play for another week, so the Sabres want him to have consistent practice time.

“We figured he wasn’t going to be on this trip anyway,” he said.

Granato said Mittelstadt won’t accompany the Sabres on their trip.

“The hope is very shortly or immediately when we get back that he’d be able to integrate with us right away,” he said.

The Sabres, who practiced Wednesday morning at KeyBank Center, will fly to California.