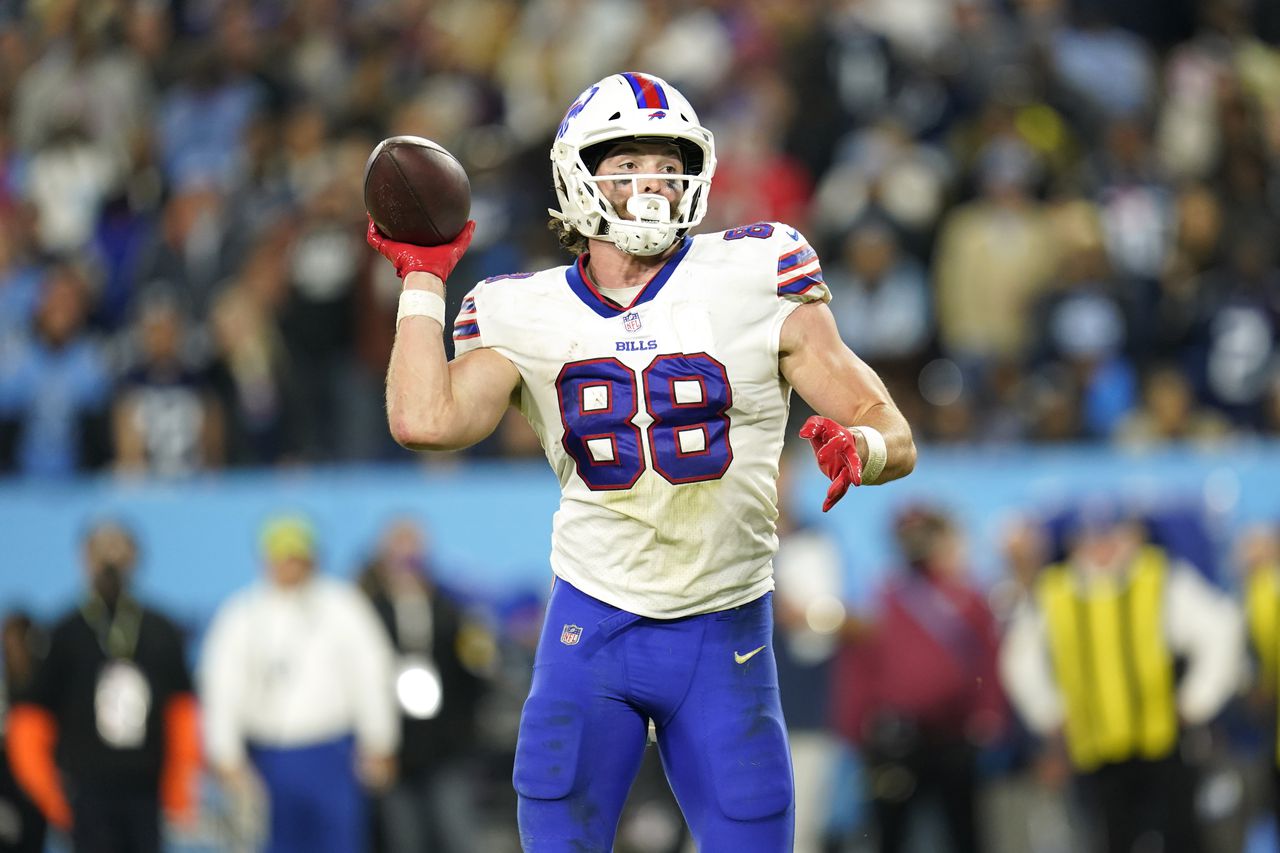 There is no timeline yet for Knox’s return to the field, but there is hope the team’s top tight end won’t be out long, per Garafolo.

Buffalo head coach Sean McDermott later confirmed that Knox suffered a fracture in his hand, and the team does not currently have a timeline for his return to action.

Knox underwent successful surgery on the hand Tuesday, Garafolo and NFL Network Insider Ian Rapoport reported, with the goal of returning to the field as soon as possible. He should miss a few weeks.

To date, Knox had been enjoying a breakout season in Buffalo, already with a career-high five touchdown catches through just six games. He’s caught 21 of 27 targets for 286 yards, well on his way to career-bests in those categories, as well.

Knox completed a nifty trick play on the two-pointer Monday with a pass to Allen that looked more like a shotput, and it was later revealed that his hand was injured earlier in the game. When Allen tried to change the play, Knox insisted on following through with the call.

“That’s why we love him,” Allen said of Knox.

The injury comes with good timing for Knox and the Bills, who are idle this week. Buffalo next plays at home against the Miami Dolphins on Oct. 31. To whatever extent Knox misses game action, the club would turn to third-year backup Tommy Sweeney, who has made four catches for four yards on the year. The club’s other active tight end, Kahale Warring, has yet to log a reception this season.