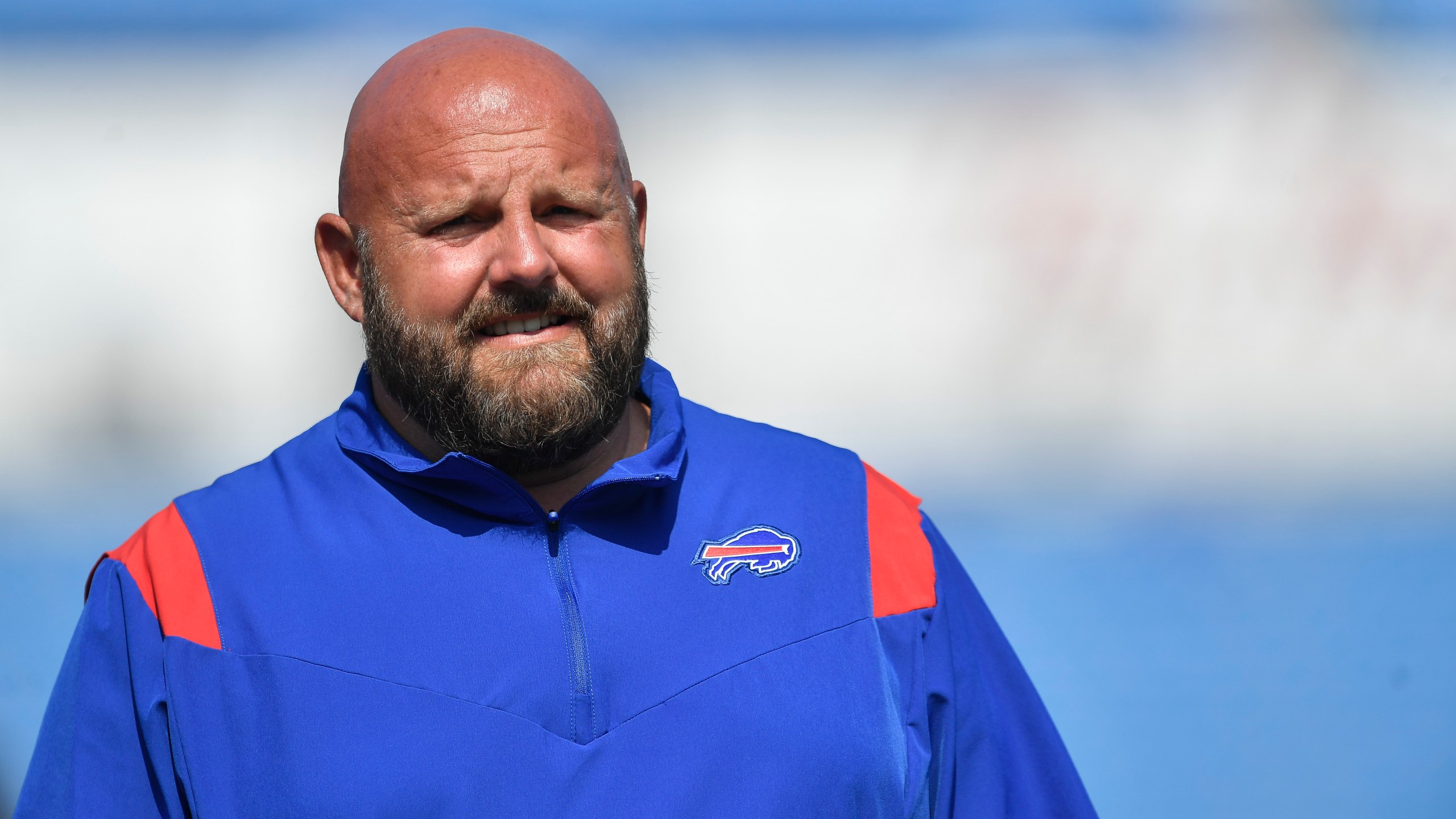 The Buffalo Bills have it made when it comes to its current roster and coaching staff. The Bills are probably the deepest team in the NFL right now and a favorite to represent the AFC in the 2022 Super Bowl.

The coaching staff is also one of the best in pro football. Head coach Sean McDermott was able to keep both of his coordinators this past offseason, much to everyone’s surprise.

Now, it looks like Daboll will be a hot commodity once again in 2022 and the rumors of him landing elsewhere after the season has already begun.

BetOnline has posted its favorites to become the Las Vegas Raiders new head coach and Daboll has the second best odds at 13/2, behind only Kansas City Chiefs offensive coordinator, Eric Bieniemy.

Jon Gruden resigned as head coach of the Raiders Monday night, after a New York Times article revealed many emails that Gruden sent between 2011-2018 that used racist, homophobic and misogynistic comments.

Daboll and defensive coordinator Leslie Frazier (who interviewed with the Houston Texans last season) were both surprises to be back with the Bills after the incredible 2020 season where the Bills went 13-3.

Judging by the start of 2021, it’s nearly impossible to imagine Daboll and Frazier both being back. Daboll will likely be hired by another NFL team in January or February of 2022, question is, who?

The Raiders are in the headlines based off Gruden’s emails, but would the roster and situation be a good fit for Daboll? Perhaps; they have Derek Carr and a solid, young defense.

Another question would be, when Daboll leaves, would quarterbacks coach and passing game coordinator Ken Dorsey take over as OC of the Bills or will Daboll bring him to be the OC of a new team if and when he leaves?