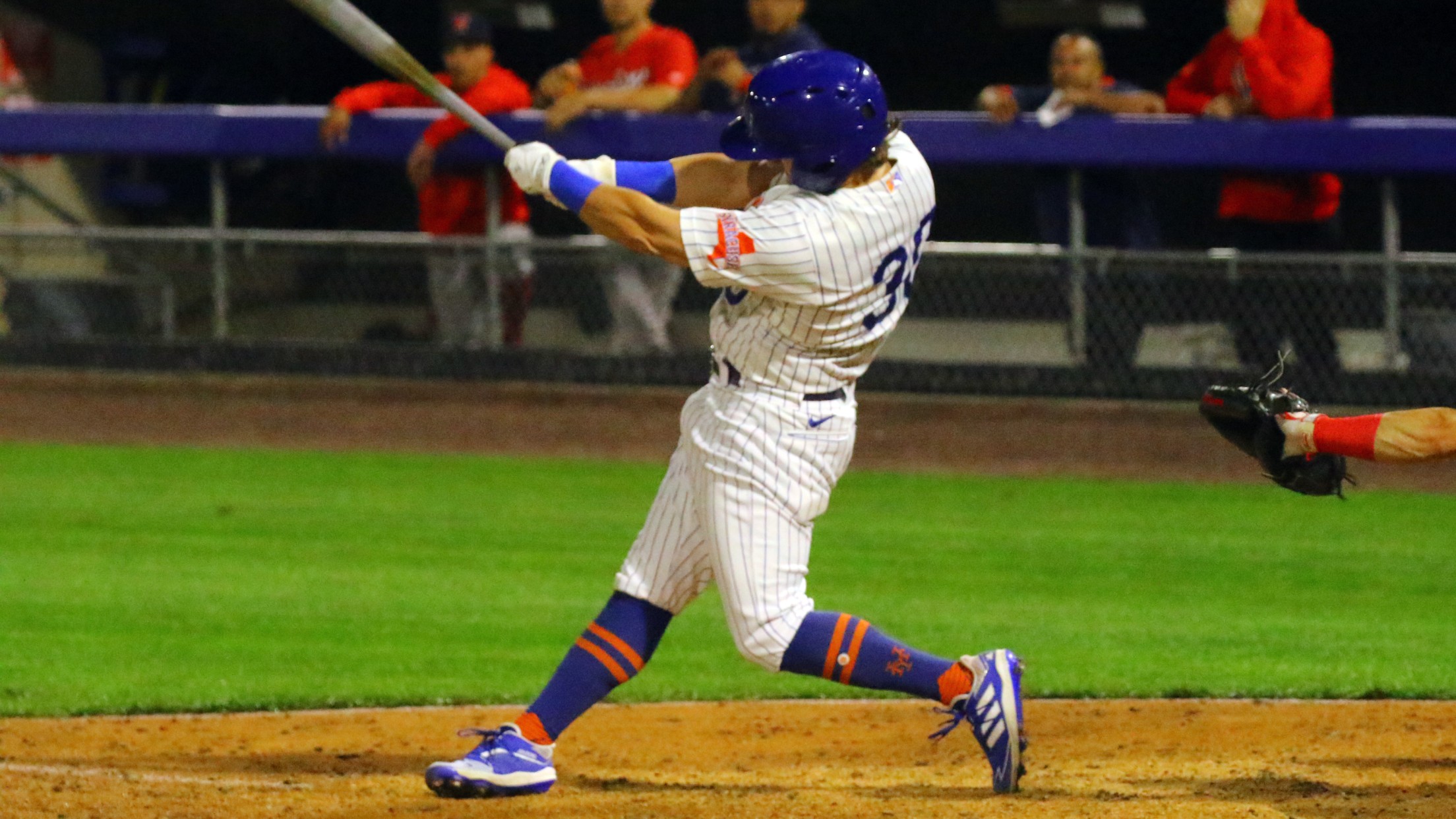 In front of 7,169 fans at NBT Bank Stadium, Mark Payton delivered a walk-off single in the bottom of the ninth inning to give the Syracuse Mets a 4-3 win against the Worcester Red Sox on Thursday night at NBT Bank Stadium. Jordan Yamamoto made his second Major League rehab start for Syracuse and delivered four innings, giving up just one run on three hits while walking one batter and striking out two.

Worcester (65-50) trailed, 3-1, heading to the top of the ninth inning. Syracuse reliever Zack Godley was on the mound in his fifth inning of relief work, following Yamamoto’s four innings. Godley hit Franchy Cordero to begin the frame, and then Motter hit a bloop single to left field to advance Cordero to third base. After Connor Wong popped out, Godley threw a wild pitch with Josh Ockimey at the plate, and Motter moved to second base. Ockimey then hit a sacrifice fly to center field to bring home Cordero and make it a one-run game, 3-2 Mets. Motter advanced to third base on the play. Down to their final out, Jeter Downs came to the plate for the Woo Sox, and on a 1-2 count, Godley threw a wild pitch, allowing Motter to come home from third base for the game-tying run as Worcester knotted the game, 3-3. On the next pitch, Godley struck out Downs for the third out.

Syracuse (45-68-1) won the game in the bottom of the ninth. With one out, Drew Jackson singled to center field. With Payton at the plate, Jackson stole second. Payton then delivered a walk-off single to center field to bring home Jackson, giving Syracuse the 4-3 walk-off win.

The Mets put up two runs in the bottom of the first inning. Payton hit a leadoff double. Then, in his first Triple-A at-bat, Mark Vientos hit a single to advance Payton to third. Next, Khalil Lee delivered with a one-run single to put the Mets ahead, 1-0. After Brandon Drury struck out, Travis Blankenhorn hit a single to score Vientos and make it 2-0 Syracuse.

The Red Sox got on the board in the top of the third. Chad De La Guerra worked a one-out walk. Christian Arroyo then popped out for the second out. Cordero followed with a single to move De La Guerra to third base. With Taylor Motter at the plate, the Woo Sox executed a double steal as Cordero stole second base and De La Guerra stole home on the throw to second to cut the deficit to one, 2-1 Mets.

Syracuse got on the board again in the bottom of the seventh. Jackson worked a leadoff walk before Payton flied out. With Vientos at the plate, Jackson stole second base. Vientos then connected with a ball for an RBI single to score Jackson and increase the Mets lead to 3-1. Vientos finished the game 2-for-4 with an RBI and a run scored in his Triple-A debut.

The Mets had stellar pitching throughout the night. After Yamamoto’s four innings on the mound, Godley pitched the remainder of the game for Syracuse. The right-hander delivered five innings, allowing two runs on two hits while walking one and striking out four.

Syracuse and Worcester return to NBT Bank Stadium on Friday night for the third game of their five-game series. First pitch is set for 6:35 p.m.