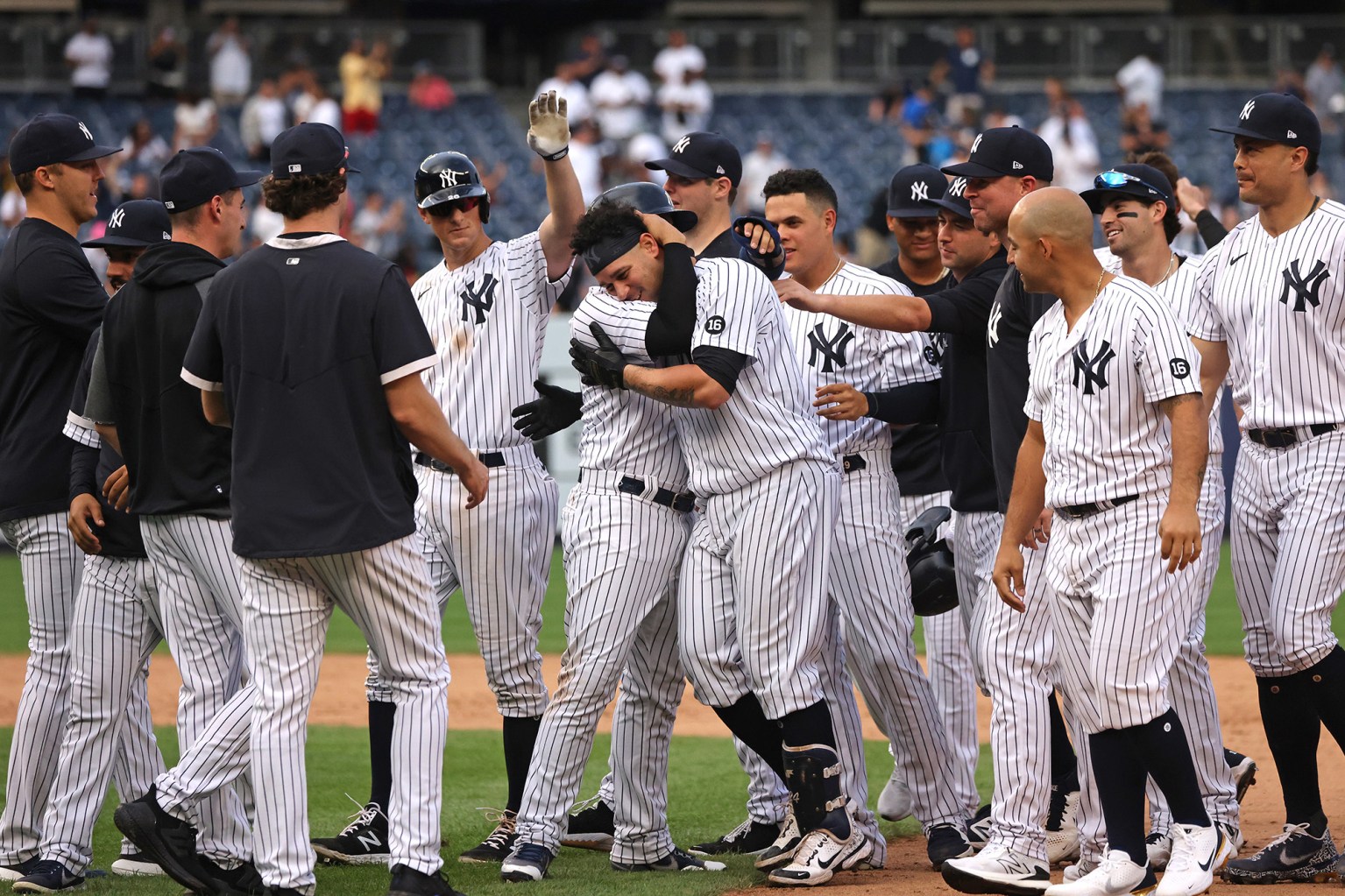 The Yankees have arrived at a point in their season where changes have been deemed necessary, including an infield shuffle that ended Gleyber Torres’ run as the team’s everyday shortstop. That may prove to tighten their glovework down the stretch, but their best defense still may be a good offense.

Aaron Judge crushed a game-tying three-run homer in the eighth inning and Gary Sánchez delivered a walk-off RBI single in the 10th as the Yankees rallied from five runs down for a 6-5 victory over the Twins on Monday at Yankee Stadium. It was yet another win for the Bombers against Minnesota, a team they’ve defeated 33 times in 43 tries since 2015, including postseason matchups.

New York is a half-game back of Toronto and Boston, the two clubs tied atop the American League Wild Card standings. All three could be tied by the end of Monday night, when the Blue Jays host the Rays and the Red Sox take on the Mariners in Seattle.

The Yankees trailed, 5-0, through five innings as Luis Gil gave up three home runs over six frames. With the clubs making up an Aug. 22 rainout, Jorge Polanco and Miguel Sanó each hit two-run homers in the first inning off the rookie right-hander Gil. Byron Buxton added a solo homer in the third.

New York’s comeback began with a DJ LeMahieu sacrifice fly in the sixth and a Joey Gallo solo homer in the seventh.