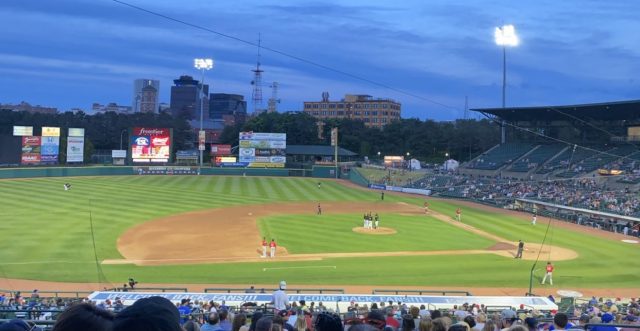 Sterling Sharp picked up the win despite allowing seven hits and six walks over his five innings of work.

Garcia’s homer was his fifth leadoff homer of the season, his fourth in the last three games and his team-leading 11th blast on the year.