The National Weather Service in Binghamton has confirmed that a tornado touched down in the town of Dryden on Monday.

When that powerful line of thunderstorms rolled through the Finger Lakes- damage was seen all over. However, in the small community in Tompkins County- it was an even rarer event.

The tornado touched down at 5:38 p.m. and remained until 5:49 p.m. It had maximum winds of 90 mph, according to officials, moving about 2.8 miles from start to finish.

It touched down in Yellow Barn State Forest, then moved east over Card Road- causing extensive tree damage on the west side of Route 38 before lifting back up east of the road. 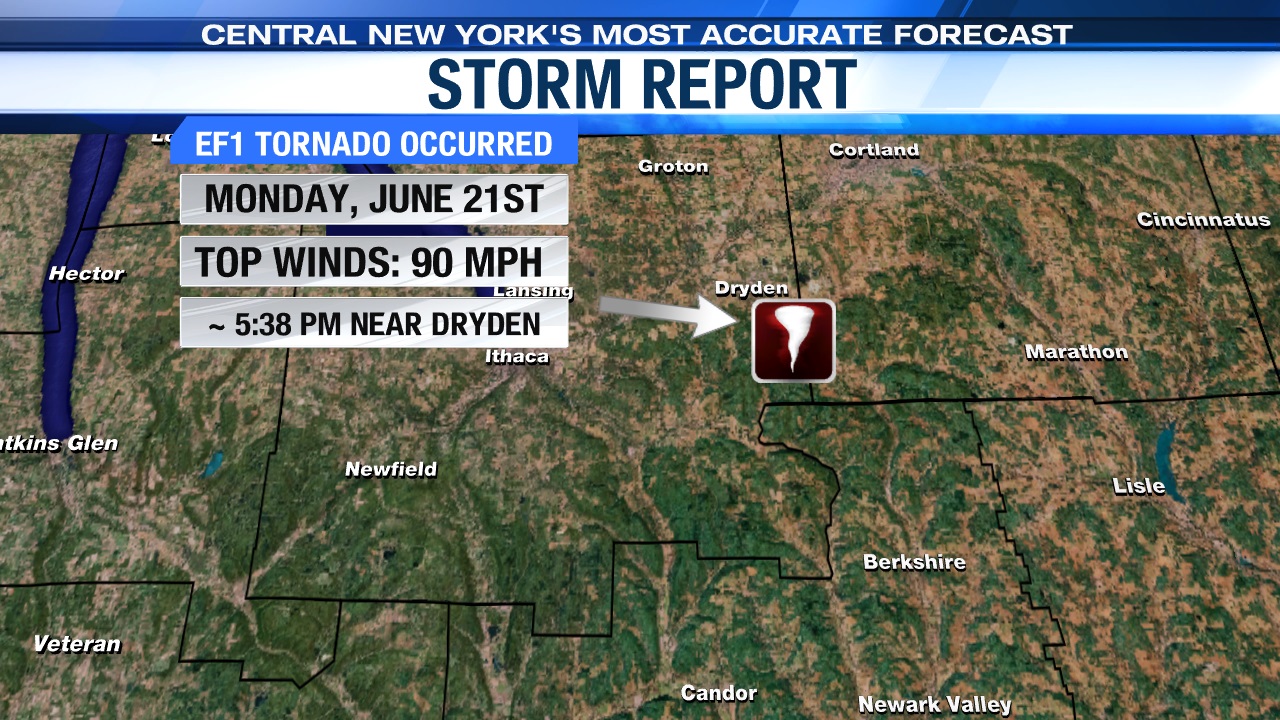