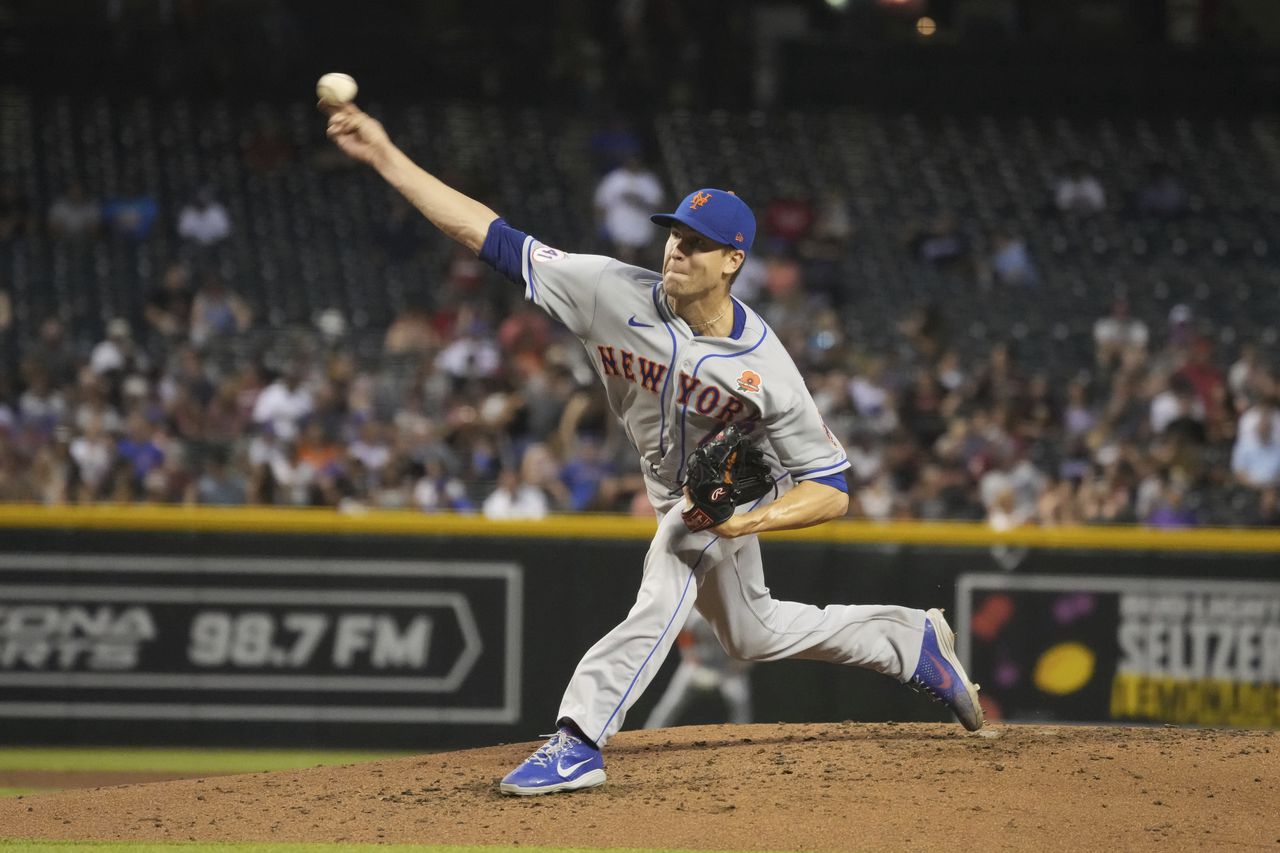 Jacob deGrom may not have been at home on Monday night, but the chants from a large contingent of Mets fans rang throughout Chase Field.

It was only the final day of May, and there’s still four more months of regular-season baseball to be played. But deGrom continues to look like his usual Cy Young-caliber self — maybe even better, as unbelievable as that sounds.

deGrom dominated the D-backs over six scoreless innings of two-hit ball in the Mets’ 6-2 win. The right-hander struck out eight and walked none while throwing 70 pitches (51 strikes) in his second start since a two-week stint on the injured list due to right side discomfort.

Through eight starts, deGrom has a 0.71 ERA, the lowest for a qualified pitcher at the end of May since Chris Short had a 0.64 ERA entering June 1964, per the Elias Sports Bureau.

As soon as the fans started chanting and roaring, deGrom began dotting up the strike zone with heaters. He opened the outing with a three-pitch strikeout of Josh Rojas: 100.2 and 99.9 mph fastballs that were fouled off, then a 101.4 mph heater at the top of the zone that Rojas flailed at and missed.

The Mets’ ace went on to retire the first 13 batters of the game before allowing a one-out single to Carson Kelly in the fifth. Over the first four innings, deGrom threw 10 pitches of 101-plus mph. In the pitch-tracking era (since 2008), no starting pitcher has thrown more in a single game. Two had previously thrown 10 — the Mets’ Noah Syndergaard (April 18, 2016) and the Royals’ Yordano Ventura (Oct. 3, 2014).

Run support wasn’t an issue for deGrom on this night, and he helped to make sure of that. After Pete Alonso slapped a two-run single to left in the third — his second at-bat off the injured list — deGrom helped himself out with an RBI single in the fourth. He is 9-for-20 at the plate this season, and he’s allowed only 22 hits in 51 innings on the mound.

Alonso padded the Mets’ lead in the seventh, swatting a two-run homer that made it 5-0 and chased D-backs starter Merrill Kelly. It was Alonso’s first four-RBI game since he drove in six on Aug. 15, 2019.