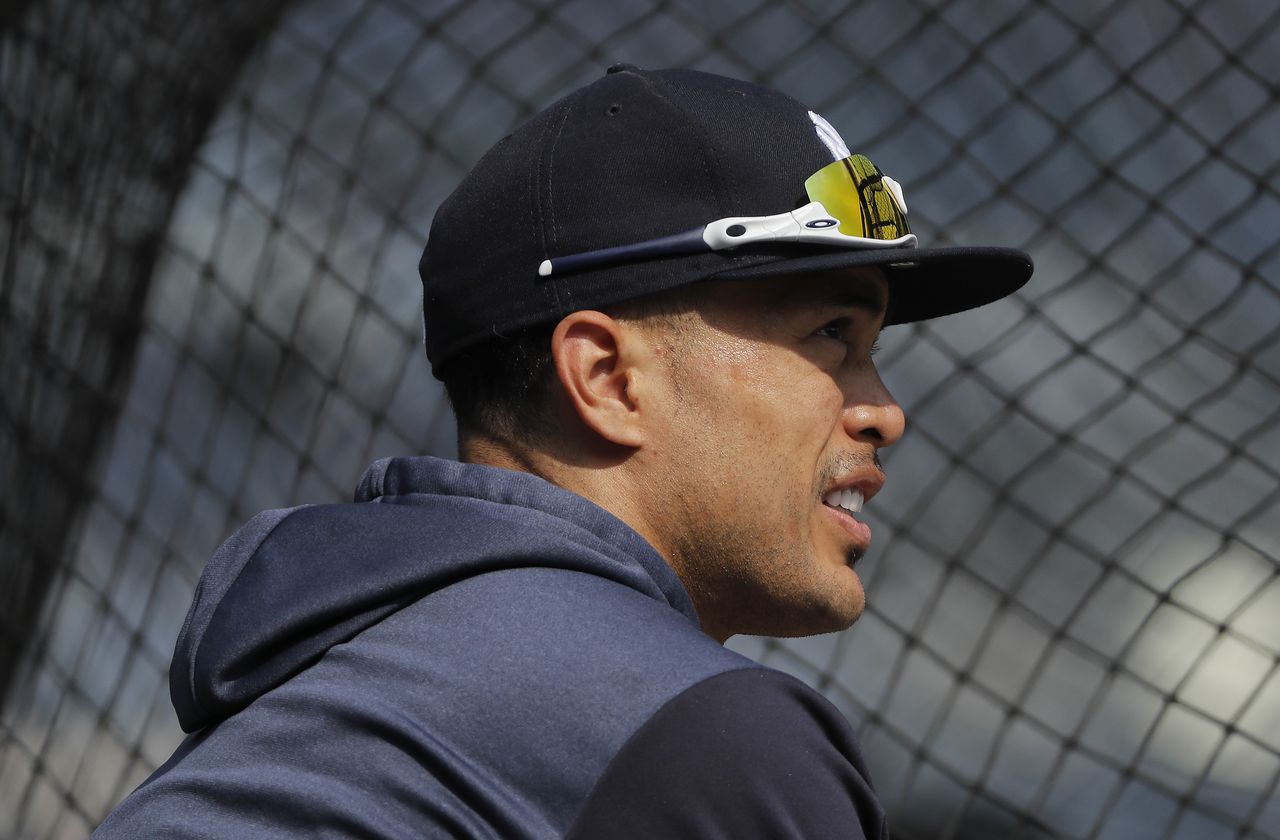 Yankees manager Aaron Boone has been hopeful for a week that Giancarlo Stanton would be off the injured list and DH-ing again as soon as he’s eligible.

Tuesday was the big day and …

Stanton has not had a setback rehabbing his strained left quad, but still has a box to check before being cleared, manager Aaron Boone said before the Yankees-Blue Jays’ series opener at Yankee Stadium.

“He’s getting ready to do a pretty heavy (pre-game workout on Tuesday),” Boone said. “He’s running bases, hitting. He had a really good day Sunday, but hasn’t run the bases yet. He’s getting close.”

Stanton may be activated before the Yankees-Blue Jays’ series ends Thursday.

“Possibility,” Boone said. “Getting through these final couple days of back to playing speed and stuff. Bases will be a part of that. We’re making sure we’re fully past this.”

Stanton was one of the most productive hitters in the league before tweaking his quad and going on the 10-day IL on May 17 (retroactive to May 14). In 33 games, Stanton hit .282 with nine homers and 24 RBI.

During a 12-game hitting streak from April 23 to May 6, Stanton batted .481 (25-for-52) with four doubles, six homers and 11 RBI, but that led into a cold stretch in which he was 3-for-22 with one RBI and nine strikeouts in his last six games before being shelved.

Kyle leads sports coverage and hosts the Concrete Jungle podcast. Have a lead or question? Send it to [email protected]com.