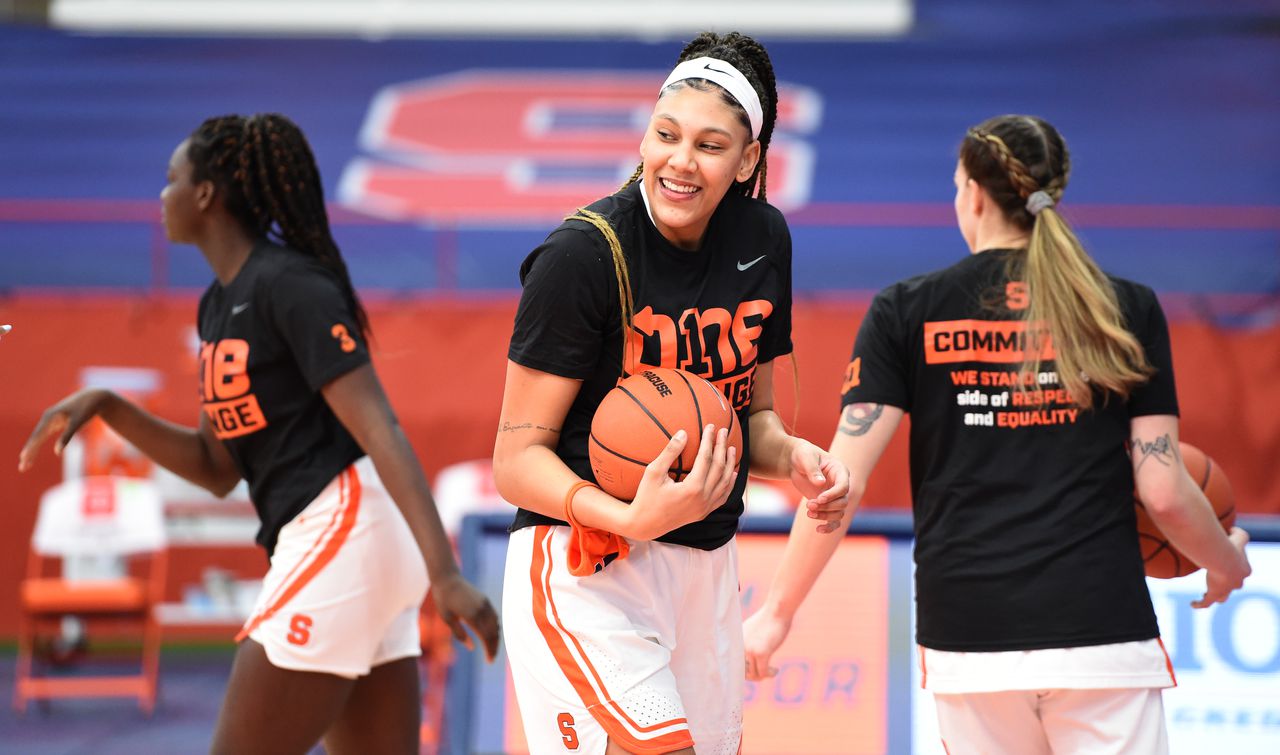 No better way for @Kamillascsilva to celebrate her birthday than to JOIN OUR GAMECOCK FAMILY!!!

In 24 games with Syracuse last season, Cardoso averaged 13.6 points and 8.1 rebounds per contest. She started in all but one game in 2020-21. Cardoso led the ACC in blocked shots (65) and blocks per game (2.7) throughout the season and was ranked in the top-15 nationally in field goal percentage (12th), blocked shots per game (13th), and total blocks (14th).

“Kamilla is a perfect complement to our program,” Staley said in a press release. “Coming from a traditionally rich grassroots program, her mobility, rebounding prowess and scoring ability at her size is a rarity. When she’s on the court the FAMS will quickly see why she was named the ACC Freshman of the Year and Co-Defender of the Year.”

The Gamecocks went 26-5 last season and advanced to the Final Four. South Carolina ended the season ranked No. 6 in the AP Top 25 Poll. The Gamecocks return all 11 players from the Final Four team while adding the No. 1-ranked freshman class.

Cardoso was one of 12 Syracuse players to enter the transfer portal this offseason. Cardoso and Emily Engstler were the biggest losses, with Engstler heading to ACC-foe Louisville. Four other Orange players also transferred to ACC schools including Kiara Lewis (Clemson), Digna Strautmane (Georgia Tech), Maeva Djaldi-Tabdi (Miami), and Amaya Finklea-Guity (Duke). Faith Blackstone transferred to North Carolina A&T, Khamya McNeal went to Stetson, and Taleah Washington joined Old Dominion. Kiara Fisher, Maud Huijbens, and Lauren Fitzmaurice (did not participate in 2020-21 season) have not made public decisions on their landing spots.

Though Syracuse lost 12 players, they have gained 10 newbies through transfers (four) and the incoming freshmen class (six). Teisha Hyman, Priscilla Williams, and Ava Irvin are the only returning players for the Orange next season.