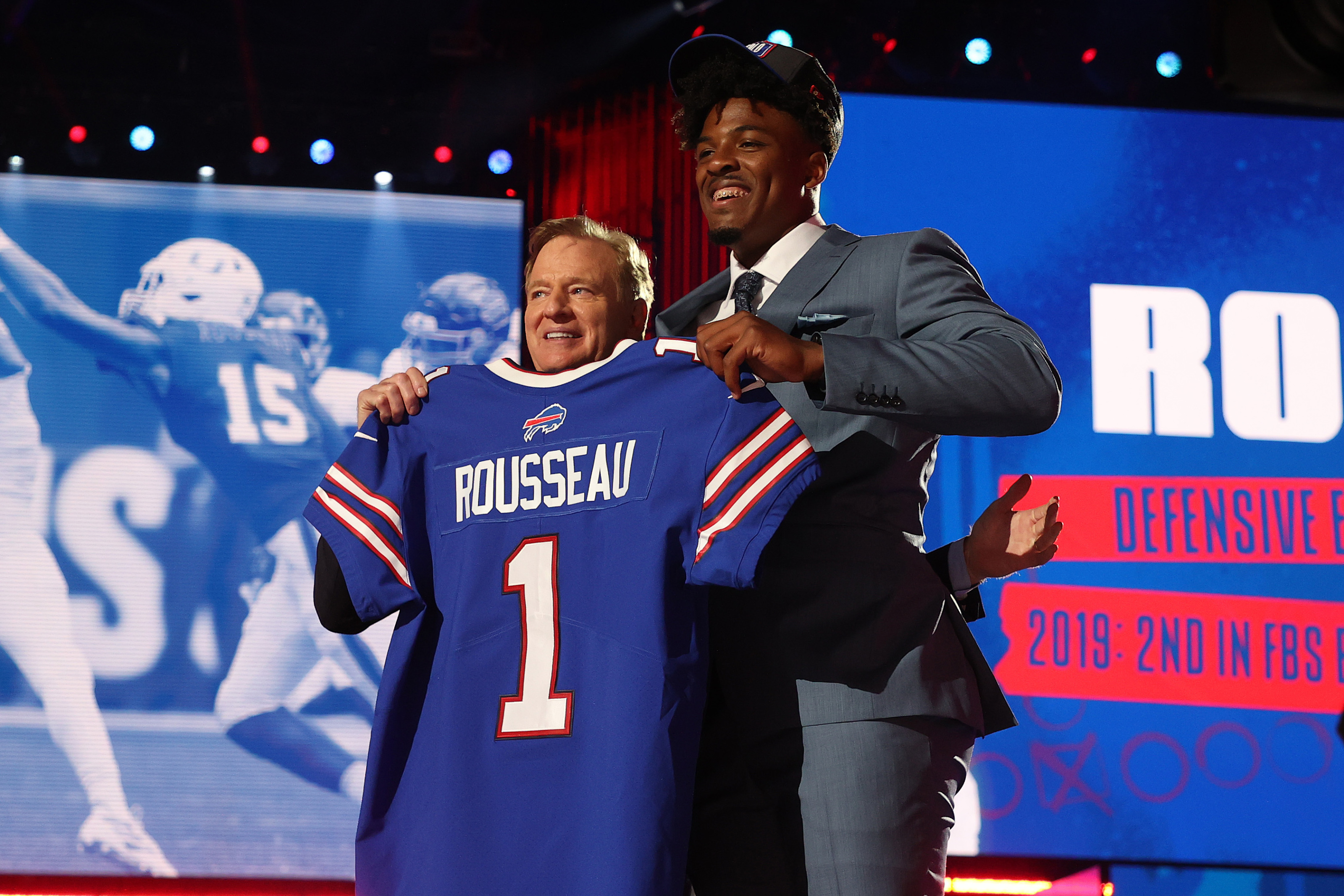 With their first round selection in the 2021 NFL Draft, the Buffalo Bills selected defensive end Gregory Rousseau from the University of Miami.

Rousseau put himself on the map with a monstrous 2019 season as a redshirt freshman. He racked up 15.5 sacks and forced two fumbles on the way to being named a second team All-American and a first team freshman All-American. He opted out of the 2020 season.

Buffalo’s pass rush finished among the middle of the pack in 2020. The Bills ranked 17th in sacks, but no single player picked up more than five sacks in 2020. Buffalo’s two biggest names, Jerry Hughes & Mario Addison, are also both over 30 years old.

The Bills’ next selection is on Friday night. As of their selection on Thursday, Buffalo still has the 61st and 94th overall picks.

Selected DE Gregory Rousseau out of Miami with the 30th selection of the #NFLDraft. pic.twitter.com/svLovGgOuO

No other squad I'd rather be in than #BillsMafia ? @BuffaloBills, the East is ours. Check out my new #PaniniInstant card #WhoDoYouCollect #RatedRookie #NFLDraft https://t.co/pQGF2HYPVl pic.twitter.com/Snk1DtjXhj

The smile says it all.

The newest member of the Buffalo #Bills.

The #Bills add to their defensive front, selecting #Miami DL Greg Rousseau at No. 30. He fell after a rough Pro Day, but still ends up in the first round.

#Bills cap off the night with a round of fist bumps. pic.twitter.com/Jkx8Ko6D60

The #Bills aren't afraid of a project ? https://t.co/qGkGyRUR0c

Bills Insiders @MadGlab and @ChrisBrownBills are LIVE breaking down the pick.

I would like to be the first to tip my hat to my broadcast partner @SteveTasker89 who predicted DE Greg Rousseau as the #Bills pick at 30 on #OneBillsLive today. ???

Miami DE Gregory Rousseau has been selected by the Bills with No. 30 pick in the #NFLDraft pic.twitter.com/t31tiMiJIM

Lots of competition at camp.

Beane said Rousseau and Epenesa are hopefully the Bills' starting DEs of the future, but plans for Rousseau to "impact the rotation" as a rookie in 2021

"Anybody that could effect the passer." — Bills GM Brandon Beane on what they wanted to get out of the first pick. He added they see Rousseau staring on the outside but can also play on the interior DL.

Greg Rousseau has the body frame of Lebron James.

Gregory Rousseau: "It's a blessing they believe in me, they had a real far playoff stretch last year. They told me they liked me and things just worked out and I'm so happy and grateful it did."

Greg Rousseau said his mom told him Buffalo is "a town that's all about football." His parents lived in WNY in the mid-90's and his older brother was born here.