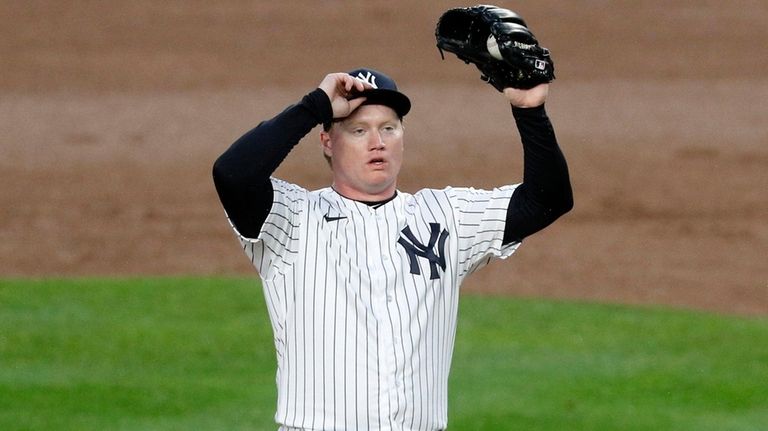 The Yankees announced that RHP Nick Nelson has been sent down to the Alternate Site after Sunday’s loss to the Indians.

Nelson has struggled early on this season despite being lights out in spring. He allowed three earned over his two innings of work against Cleveland Sunday.

“Spraying the ball,” Boone said about Nelson after the game regarding what he’s seen from him lately. “I think a number of non-competitive pitches in there. He clearly has the stuff — the fastball, changeup. And going back to the end of last year and that start of this year, from a command standpoint, he was much tightened up. Today, still a lot of pitches – it’s a good pitch and then it’s a couple that’s not real close to the zone. So I think the important thing right now is to get him kinda back on track and making sure the strike throwing is where it needs to be.”

On the season, Nelson owns a 9.72 ERA, which isn’t what the team envisioned. So he’ll go down to the Alternate Site to figure things out.

With Deivi García expected to make his 2021 debut on Monday, Nelson going down is likely that corresponding move to make a full 26 players on the roster.