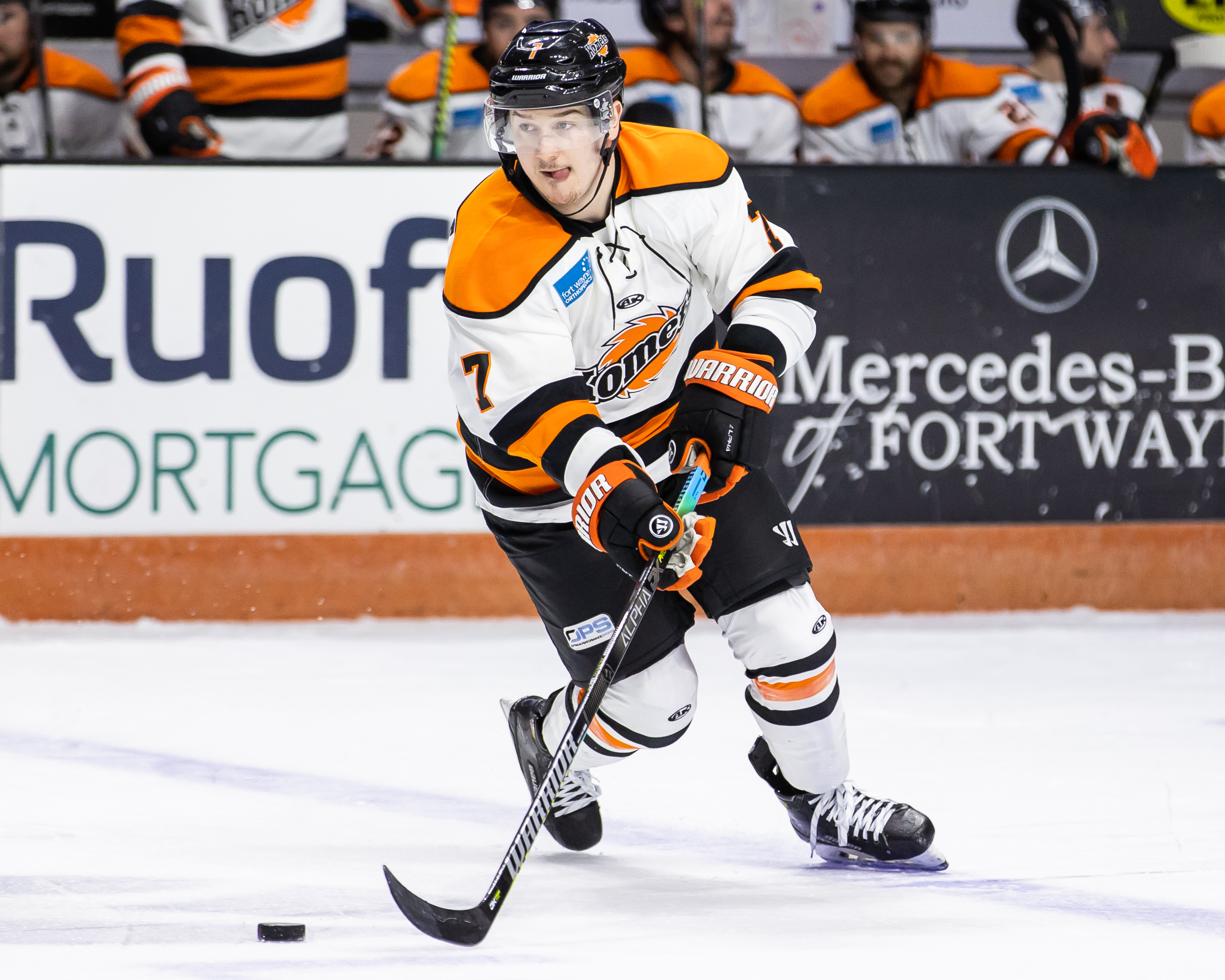 The Rochester Americans announced today that the team has signed forward Brandon Hawkins to a Professional Tryout (PTO).

Hawkins, 26, joins the Amerks after registering 19 goals and 12 assists for 31 points in 28 games with the Fort Wayne Komets (ECHL) to begin the 2020-21 season. The 5-foot-10, 198-pound forward currently paces all Komets skaters in both goals and points in addition to leading the ECHL with 10 power-play tallies.

As a rookie during the 2019-20 campaign, Hawkins totaled 34 points (16+18) over 53 combined games between the Wilkes-Barre/Scranton Penguins and Wheeling Nailers (ECHL) before the season was cut short due to the COVID-19 pandemic. Among all first-year skaters, Hawkins topped all Nailers in goals (16), assists (17) and points (33) in 47 contests.

The third-year pro has appeared in 11 career AHL games with the Penguins, totaling three points (2+1) while also adding 64 points (35+29) in the ECHL between Wheeling and Fort Wayne.

Prior to turning pro, the Macomb, Mich., native completed a four-year collegiate career between Bowling Green State University (WCHA) and Northeastern University (H-East), where he combined for 108 points (46+62) in 141 games from 2014-2019. During his first season with the Falcons in 2014, he ranked first on the team in both goals (16) and points (30) in 39 games while earning a spot on the NCAA (WHCA) All-Rookie Team.