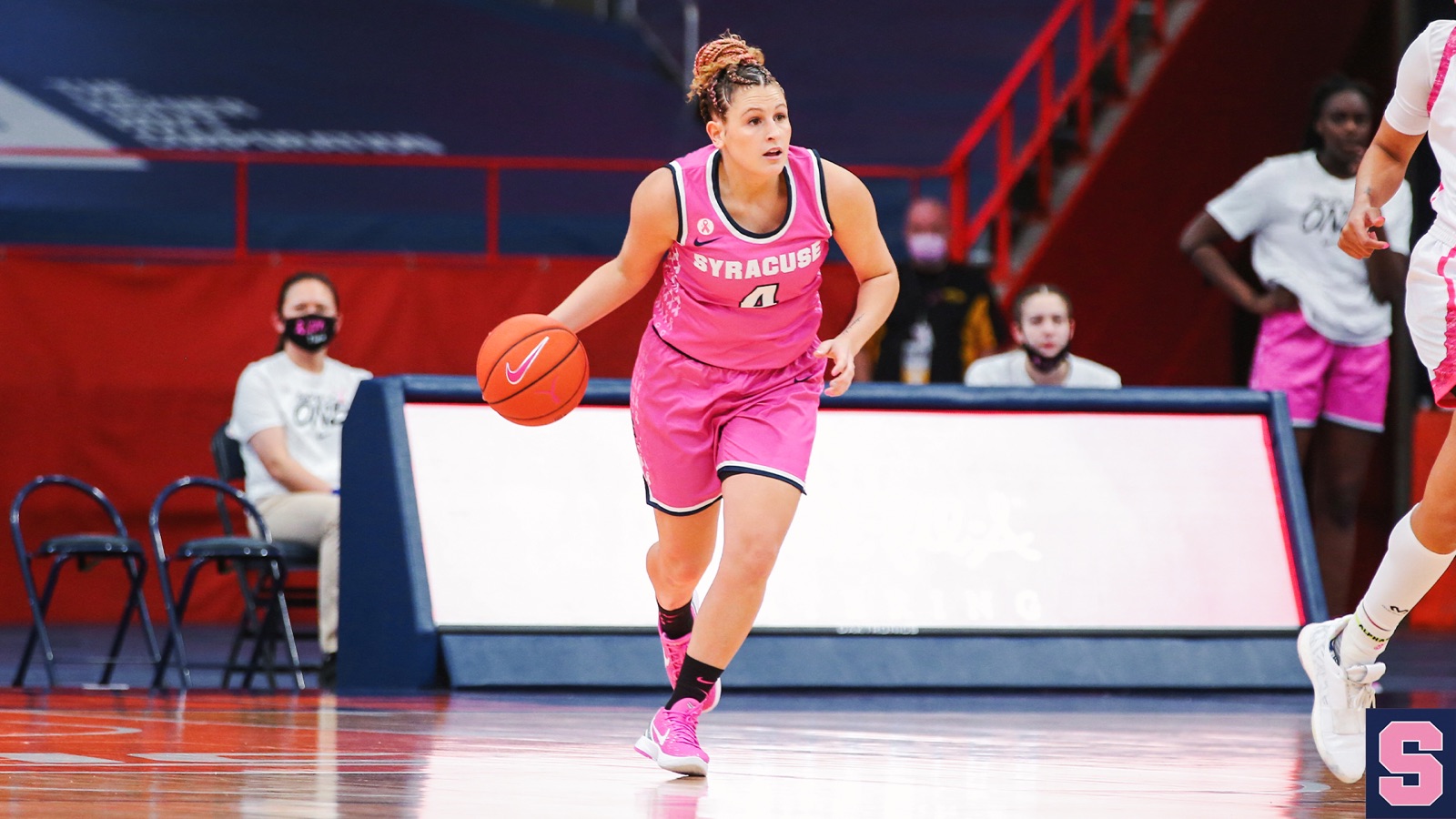 Former Syracuse point guard Tiana Mangakahia was not selected in this year’s WNBA draft. The last Syracuse players drafted were Brittney Sykes and Alexis Peterson in the first and second round in 2017, respectively. She signed a training camp contract with the Phoenix Mercury.

Mangakahia is the program’s all-time assist leader, with 736 assists, and is second all-time in points per game (15.8). She led the NCAA in assists per game for two different seasons.

She was diagnosed with stage 2, grade 3 breast cancer in June 2019 and was sidelined for the entirety of the 2019-20 season. But after eight rounds of chemotherapy between July and October of 2019, Mangakahia was declared cancer-free by November. She played pickup basketball to help regain her strength, fueling her return for a fifth year in which she averaged 11.4 points and 7.2 assists per game.

“It was really difficult to come back, and I just don’t feel like I was the same, but I would just say I’m proud of myself,” Mangakahia said while holding back tears after her final Syracuse game, a second-round NCAA Tournament loss to UConn.

“I know I’m not the same player that I used to be, and there are a lot of things that I need to work on my game, but I do believe I can be an asset on a team.”