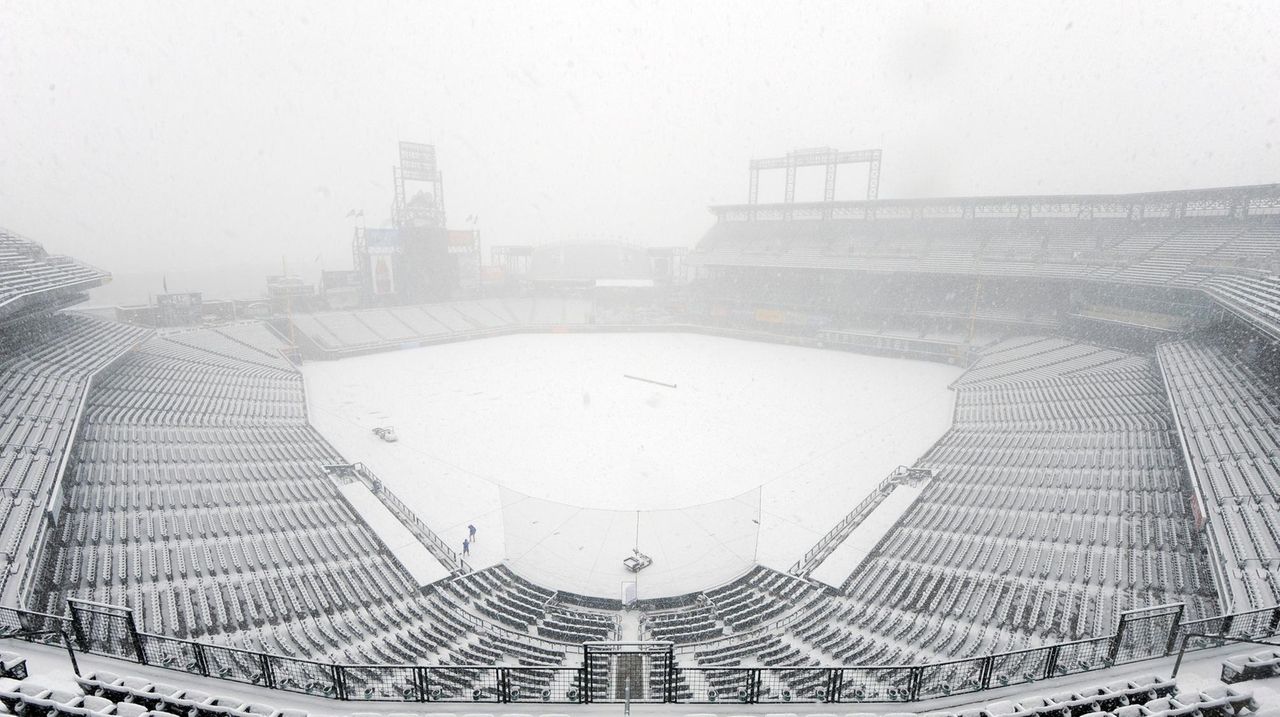 From Washington to New York to Denver, the result has been the same. The Mets suffered their seventh postponement of the season on Friday, when their game against the Rockies at Coors Field was called off due to freezing temperatures and snow. The Mets and Rockies will make it up with a single-admission doubleheader beginning at 5:10 p.m. ET/3:10 p.m. MT on Saturday.

Jacob deGrom, who had originally been scheduled to pitch on Thursday in New York, will slide back another day to start Saturday instead. Joey Lucchesi, who had been slated to start Saturday, will also pitch. The Mets haven’t announced which pitcher will start which game. (Both games will be seven innings.)

So continues a disjointed season for the Mets, who had their Opening Series in Washington wiped out because of COVID-19 issues, before rain washed away games against the Marlins and Phillies. Another rainstorm forced the postponement of Thursday’s game.

The Mets have completed just four games in the past eight days.