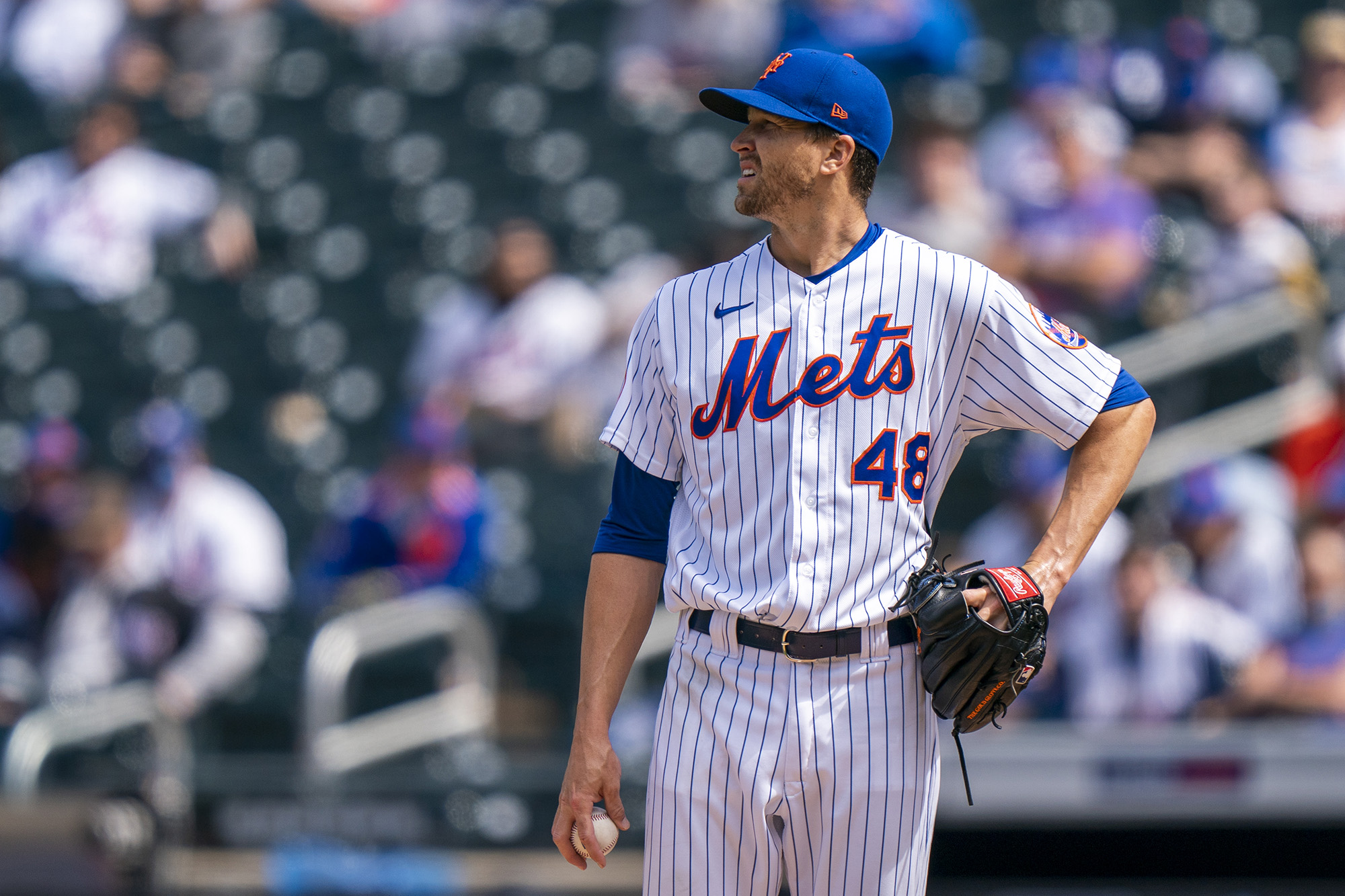 Following Jacob deGrom’s season debut, in which he pitched six sparkling innings, recorded two hits and an RBI at the plate and watched the Mets lose despite all of it, reliever Trevor May bemoaned that “Jake shouldn’t have to do everything himself.”

The reality is he might. For an encore on Saturday, deGrom matched his career high with 14 strikeouts at Citi Field, limiting the Marlins to one run in eight innings. It wasn’t enough. The Mets recorded just three hits all afternoon in a 3-0 loss to the Marlins, sticking deGrom with an 0-1 record despite his 0.64 ERA through two starts.

“An outing like that,” manager Luis Rojas said, “you can call it a waste.”

Dominant early, deGrom struck out four of the first five batters he faced, three of them on 100-mph fastballs. But when he delivered another triple-digit heater to Jazz Chisholm Jr., the Marlins rookie parked it into the second deck in right field, which wound up being the difference in the game.

“It was actually more out of the zone than the first two that I threw to him that he swung through,” deGrom said. “He beat me to that spot and put them ahead early. After that, I just had to focus and keep it right there.”

deGrom did, of course, and it didn’t end up mattering, so pardon him if he’s sick of talking about this thing. Since 2018, when deGrom submitted one of the finest seasons in modern baseball history en route to the first of his back-to-back National League Cy Young Awards and the informal title of Best Pitcher on the Planet, he owns a 2.06 ERA.

They’re aware of it. deGrom is aware of it. Even if he doesn’t know the particulars of such factoids — and there are many, all driving at the same point — deGrom knows he should have a better win-loss record than he does. Performances like Saturday’s should not end in defeats; to that end, deGrom joined James Shields as the only pitchers in Major League history to strike out 14 batters in a game, walk none, allow one run and lose.