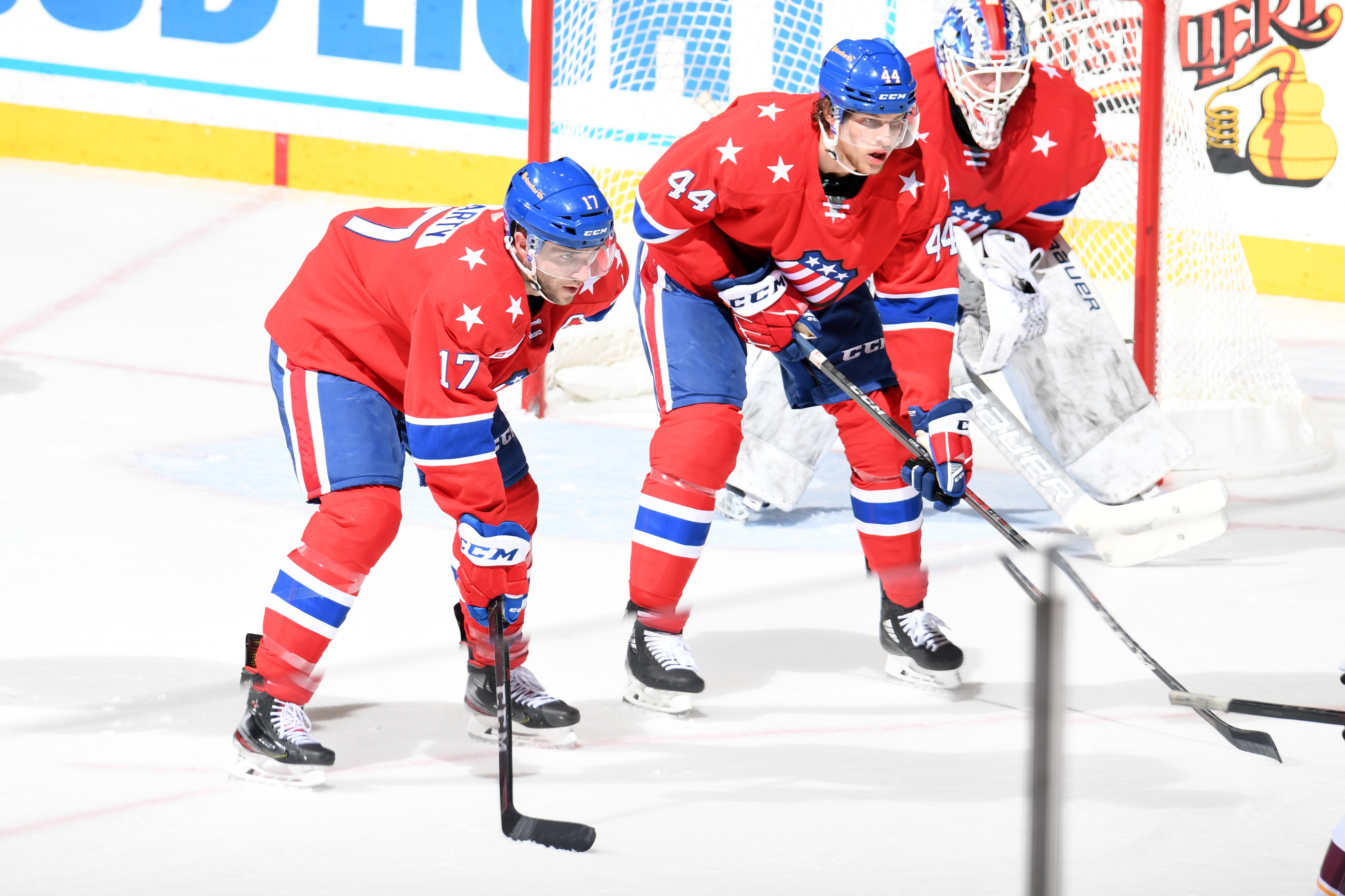 The Rochester Americans (8-6-2-1) opened a three-game series against the Cleveland Monsters (9-5-1-0) with a 9-2 loss Saturday at The Blue Cross Arena.

The contest, which stopped Rochester’s three-game point streak (2-0-1-0), was the third of six scheduled meetings between the two teams this season. The Amerks, who are 30-9-4-4 record against the Monsters since the start of the 2011-12 season, opened the season-series with a 7-3 victory over the Monsters, but Cleveland has since claimed the last two meetings.

Rookie defenseman Griffin Luce opened the scoring with his second goal of the campaign 1:37 into the first period while team captain Steven Fogarty, who was reassigned earlier in the day from the Buffalo Sabres, chipped in his sixth marker of the slate. Despite playing in his first game with Rochester since Mar. 10, Fogarty now shares the team lead in goals.

Rookie goaltender Ukko-Pekka Luukkonen (7-5-2) made his sixth consecutive start in the crease for Rochester and 11th in the last 12 games. The rookie netminder finished with 22 saves and ranks eighth in the AHL in wins. The Finland native has made 25 or more saves in nine of his last 13 appearances dating back to a career-best 43-save performance at Cleveland on Feb. 12.