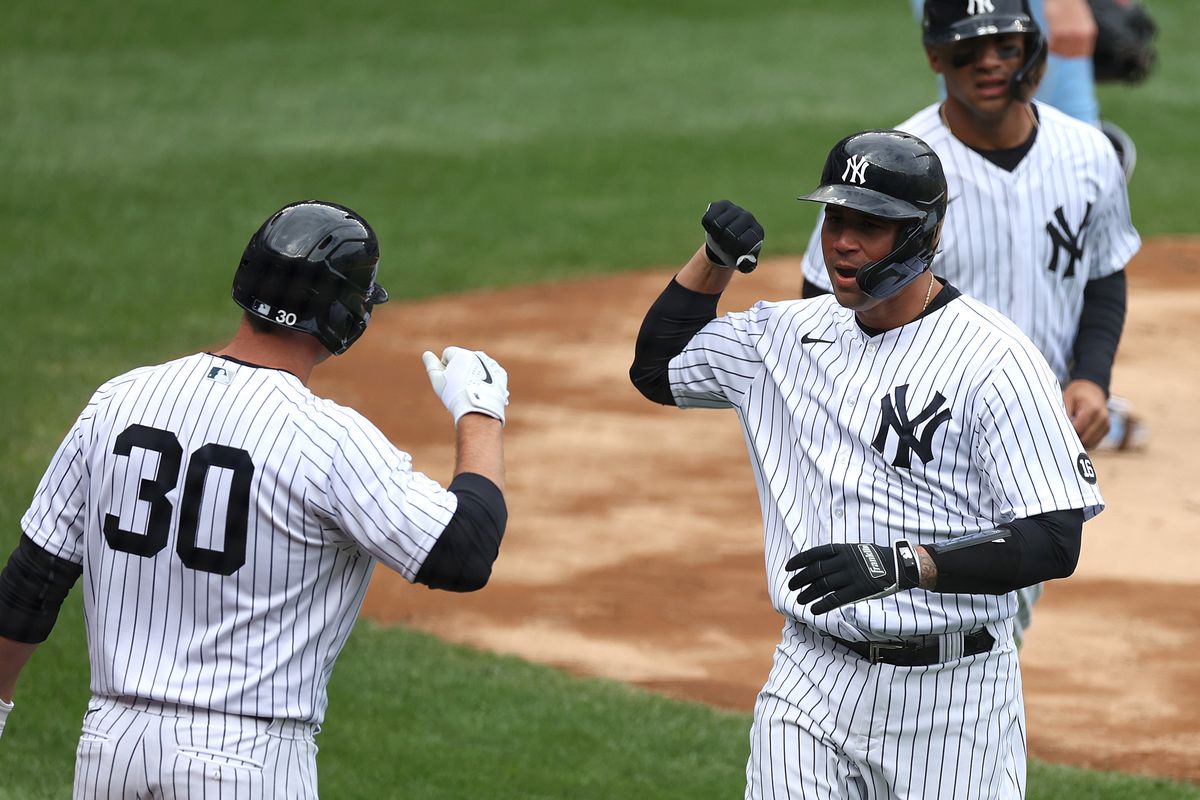 Jay Bruce celebrated his 34th birthday by collecting his first hit and RBIs in a Yankees uniform, leading his new club to a 5-3 victory over the Blue Jays on Saturday afternoon at Yankee Stadium.

Bruce delivered a two-run single off reliever Tim Mayza in the sixth inning, helping the Bombers pull away for their first win of the young season, and Gary Sánchez homered for the second time in as many games, joining Elston Howard (1963) as the only Yankees catchers to homer in their first two contests of a season.

Corey Kluber held Toronto to two runs (one earned) and five hits over four-plus innings in his Yankees debut. The two-time Cy Young Award winner navigated around three walks, a hit batsman and a wild pitch, striking out five in a 74-pitch effort. After Marcus Semien’s solo homer chased Kluber, Jonathan Loaisiga was strong in relief, retiring all six batters he faced and striking out three.