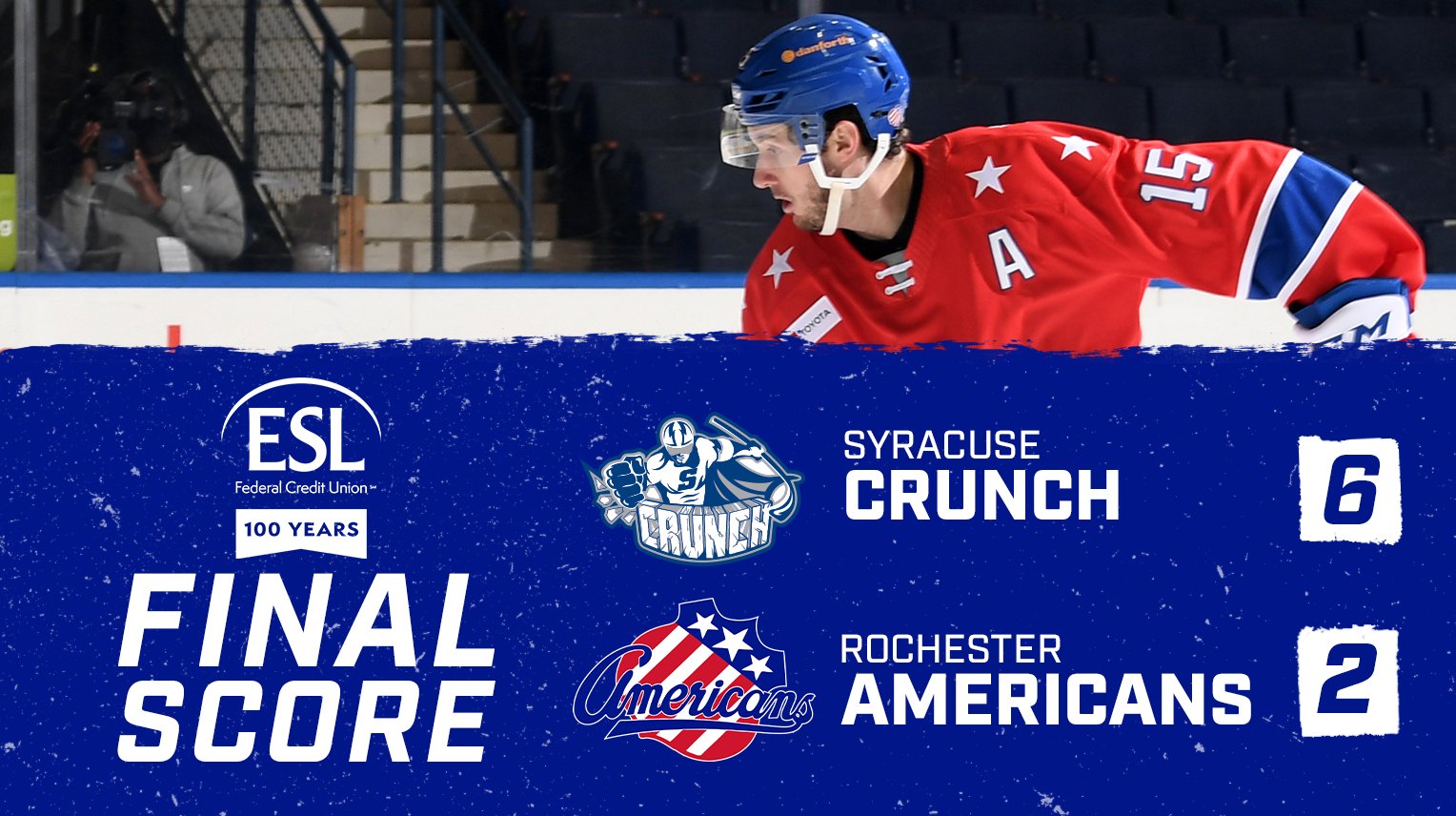 The Syracuse Crunch (8-5-1-0) scored three times in the first period and added three more in the third to come away with a 6-2 win over the Rochester Americans (6-5-1-1) Friday at The Blue Cross Arena in the first of three straight meetings between the intrastate rivals.

Arttu Ruotsalainen (1+1) and Andrew Oglevie (0+2) each factored in on both Amerks goals in the third period while Brett Murray rounded out the scoring for Rochester with his fourth goal of the season on the power-play. Ukko-Pekka Luukkonen earned the start in goal for the seventh time in eight games, stopping 21 shots before being relieved by newcomer Billy Christopoulos late in the third. Christopoulos made two saves on three shots he faced in his American Hockey League debut while becoming the fourth different netminder to see time with the Amerks this season.

Six different goal-scorers found the back of the net for the Crunch, including Grigori Denisenko (1+1), John Ludvig (1+1) and Boris Katchouk (1+1), all of whom finished with goal and an assist each as Syracuse extended its win streak to five straight games. Samuel Montembeault again got the nod for Syracuse, turning aside 25 of the 27 shots he faced to improve to 4-3-1 on the season.

We’ve got ourselves a five-game winning streak.

With 5:25 left in the third, Billy Christopoulos is making his Amerk debut but the Crunch score their sixth of the night#UnitedWeROC pic.twitter.com/aak0uh0EHg