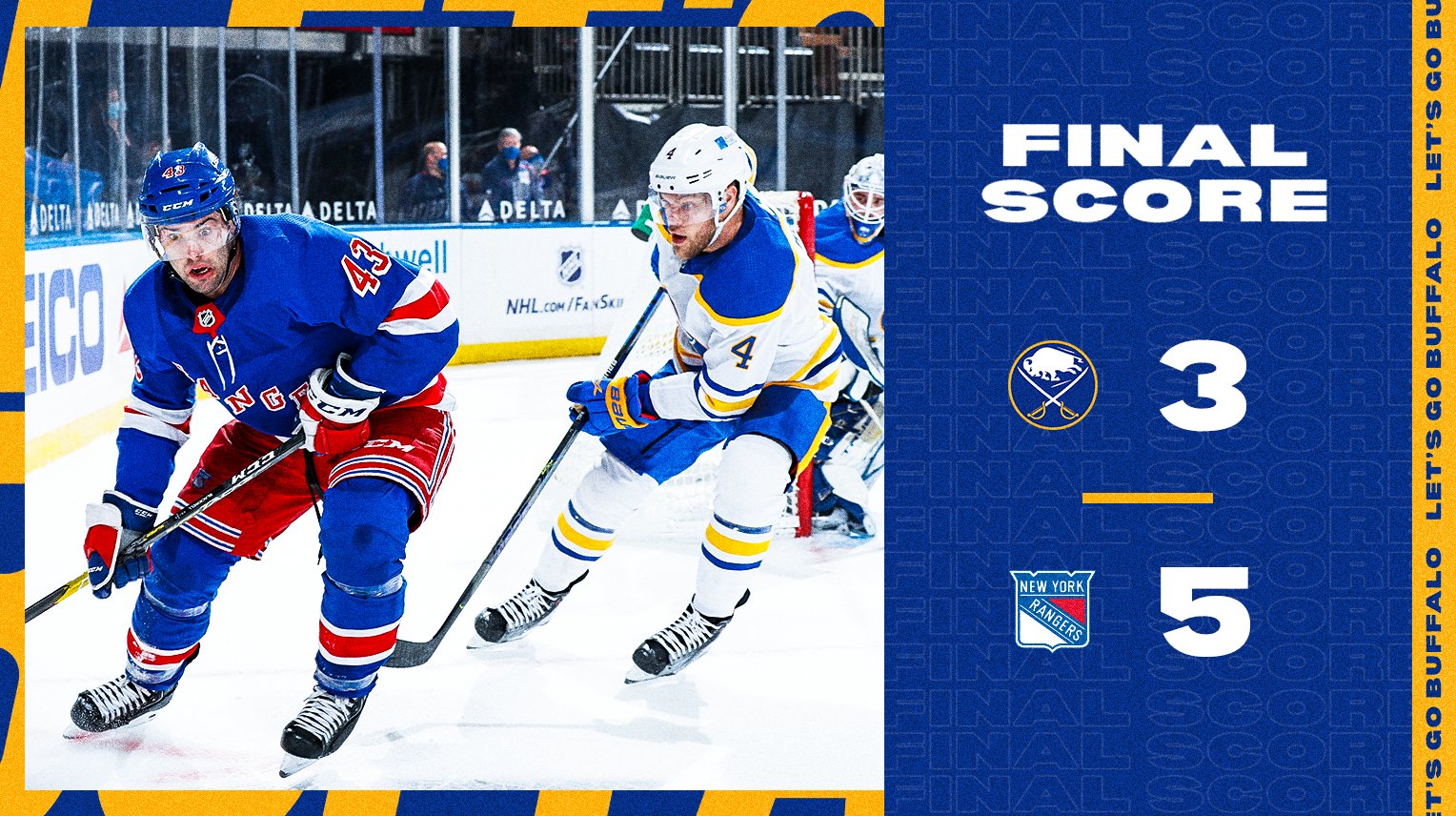 The Buffalo Sabres dropped the first game of their four-game road trip Monday night with a 5-3 loss to the New York Rangers at Madison Square Garden.

Rasmus Asplund, Dylan Cozens and Jeff Skinner scored for Buffalo. He has two goals in six games this year.

Goaltender Dustin Tokarski made his Sabres debut after starting netminder Carter Hutton left the game 2:53 into the first period with a lower-body injury. Tokarski made 33 saves.

Chris Kreider and Kaapo Kakko each scored twice for the Rangers. Krieder scored both of his goals on the power play, and his pair included the game-winning goal. Adam Fox also scored for New York. Keith Kinkaid stopped 16 shots.

The Sabres are now winless in their last 14 games, matching a franchise record. The team is 0-12-2 over that stretch.

The game marked Tokarski’s first NHL appearance since October 28, 2016 when he was with Anaheim. He had played two games for the Rochester Americans this year, going 1-1-0 with a .932 save percentage and a 2.51 goals-against average.

The Sabres traded goaltender Jonas Johansson, who had made six starts for Buffalo this year, to Colorado in exchange for a sixth-round pick in the 2021 NHL Draft on Saturday.

Linus Ullmark has been out since February 25 with a lower-body injury. Recently signed Michael Houser is currently on the taxi squad. Ukko-Pekka Luukkonen, a second-round pick in 2017, has started 8 of 10 games this season for the AHL’s Rochester Americans.

Buffalo’s power play went 0-for-2 against New York and is now 0-for-its-last-21. The Sabres went 1-for-3 on the penalty kill Monday.