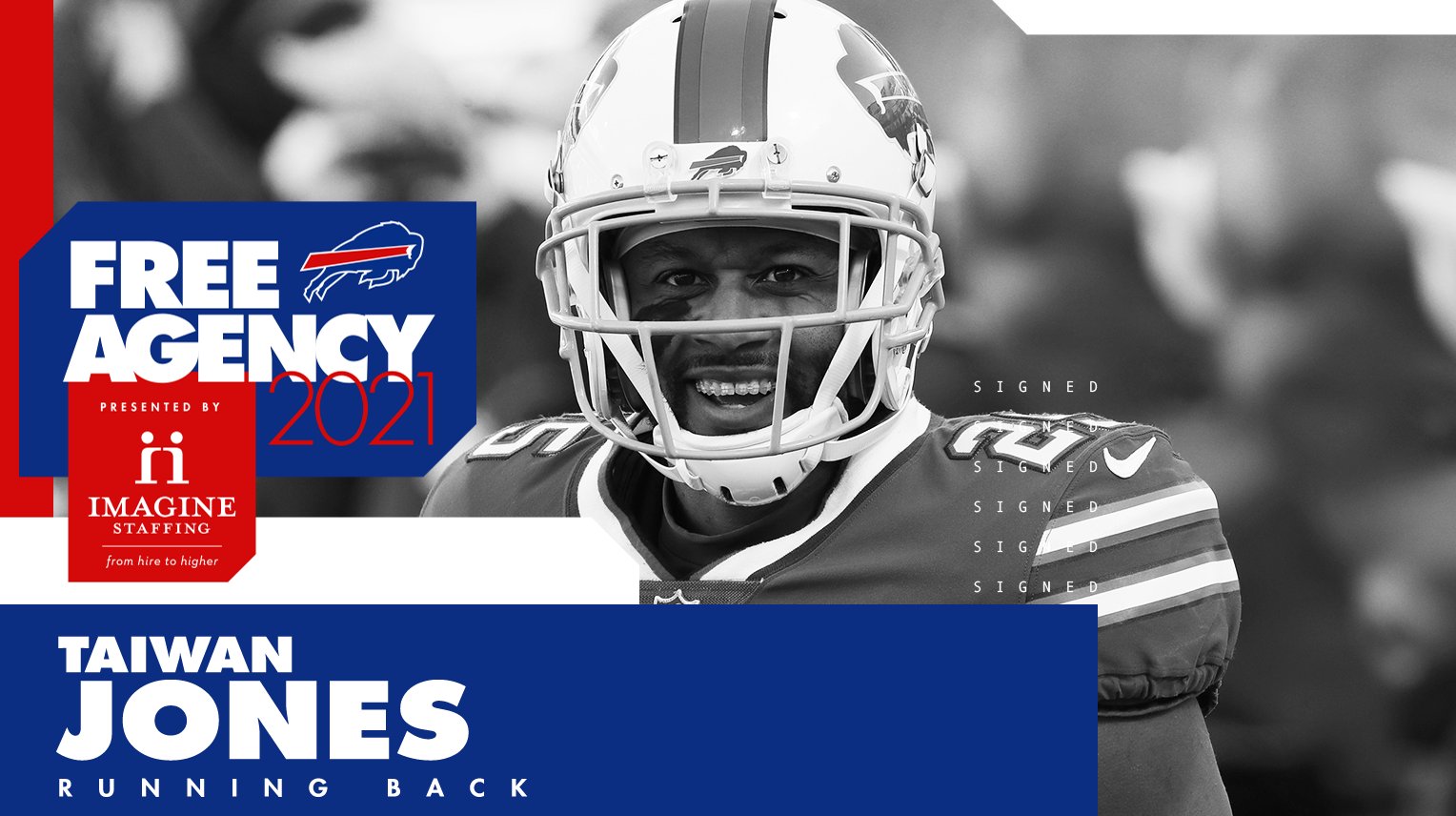 The Buffalo Bills have re-signed running back and special teamer Taiwan Jones to a one-year contract, the team announced on Thursday.

Jones had become an unrestricted free agent after spending last year with the team, and now will extend his second stint in Buffalo.

Agreed to terms on a one-year contract with RB Taiwan Jones. pic.twitter.com/QyewUAKdgm

Jones was a core special teams player for the Bills all last season, playing over 60% of special teams snaps over the thirteen games he played. He missed three games with a leg injury.