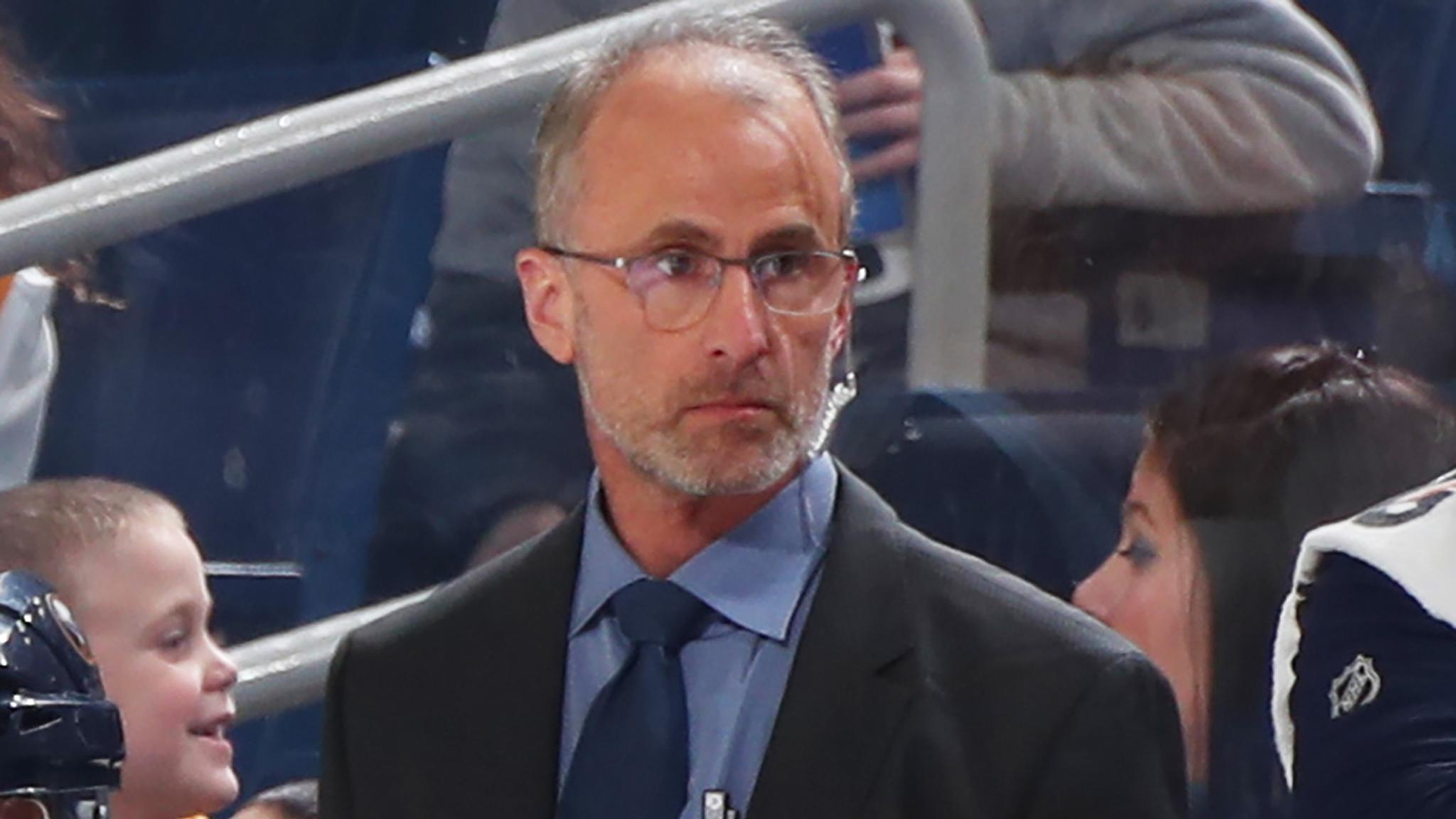 Don Granato will step in as the interim coach of the Buffalo Sabres, starting with Thursday’s home game against the Boston Bruins.

Granato was hired as an assistant coach under Ralph Krueger in June 2019. Krueger was relieved of his head coaching duties Wednesday morning by general manager Kevyn Adams.

Assistant coach Steve Smith was also relieved of his duties. Matt Ellis and Dan Girardi will serve as interim assistant coaches. Ellis is the team’s director of player development and Girardi is a development coach.

“Don Granato’s been a head coach for many years at different levels,” Adams said this morning. “He’s commanded a room as a head coach before.”

Before being hired by the Sabres, Granato spent two seasons as an assistant coach for the Chicago Blackhawks after serving as the associate head coach for the University of Wisconsin during the 2016-17 season.

During his coaching career, Granato spent seven total seasons in the St. Louis Blues organization, including one season as an assistant coach for the Blues (2005-06). He also served as the head coach for the Worcester IceCats, St. Louis’ AHL affiliate, for five seasons (2000-01 to 2004-05). In his first season with the IceCats, Granato was the recipient of the Louis A.R. Pieri Memorial Award, awarded annually to the AHL’s most outstanding coach.