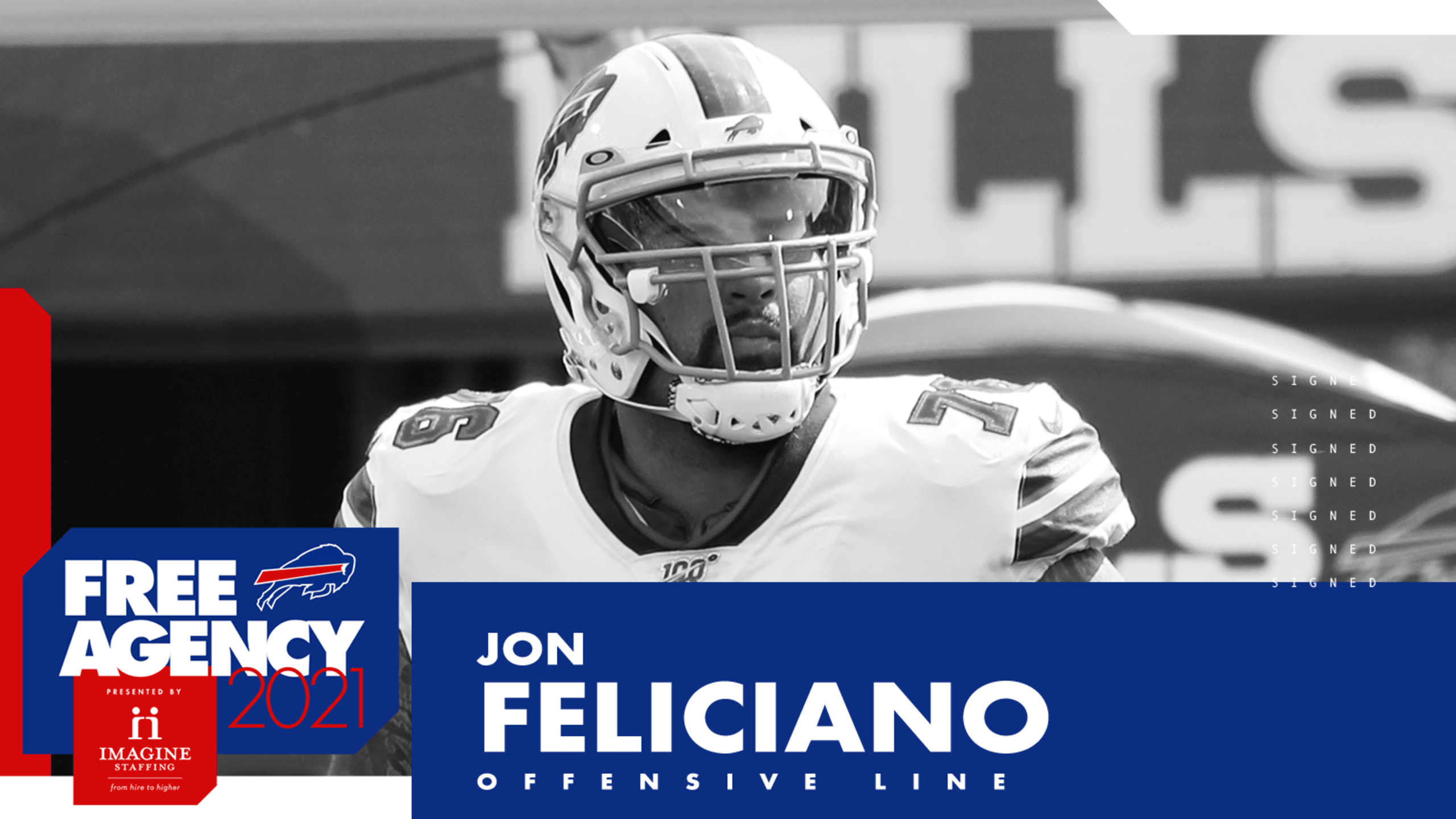 One of the biggest energy providers on offense for the Bills is coming back to Buffalo. Offensive lineman Jon Feliciano and the Bills have agreed to a three-year contract extension.

Feliciano missed part of the 2020 season due to a torn pectoral muscle, but when he returned to the field to play 12 total games including the playoffs, he was known as a spark for the offensive line.

The guard joined the Bills in 2019 after spending his first four years in the NFL with the Raiders. In his first season with Buffalo, Feliciano made an immediate impact by starting in every game.

The six-year veteran has played in 73 regular season games since being drafted by the Raiders in the fourth round of the 2015 NFL Draft.

The Miami product brings versatility to the Bills offensive line as he enters his third season with the team.

The @buffalobills have agreed to terms with Jon Feliciano on a three-year extension. pic.twitter.com/UjrCGZ2Tat