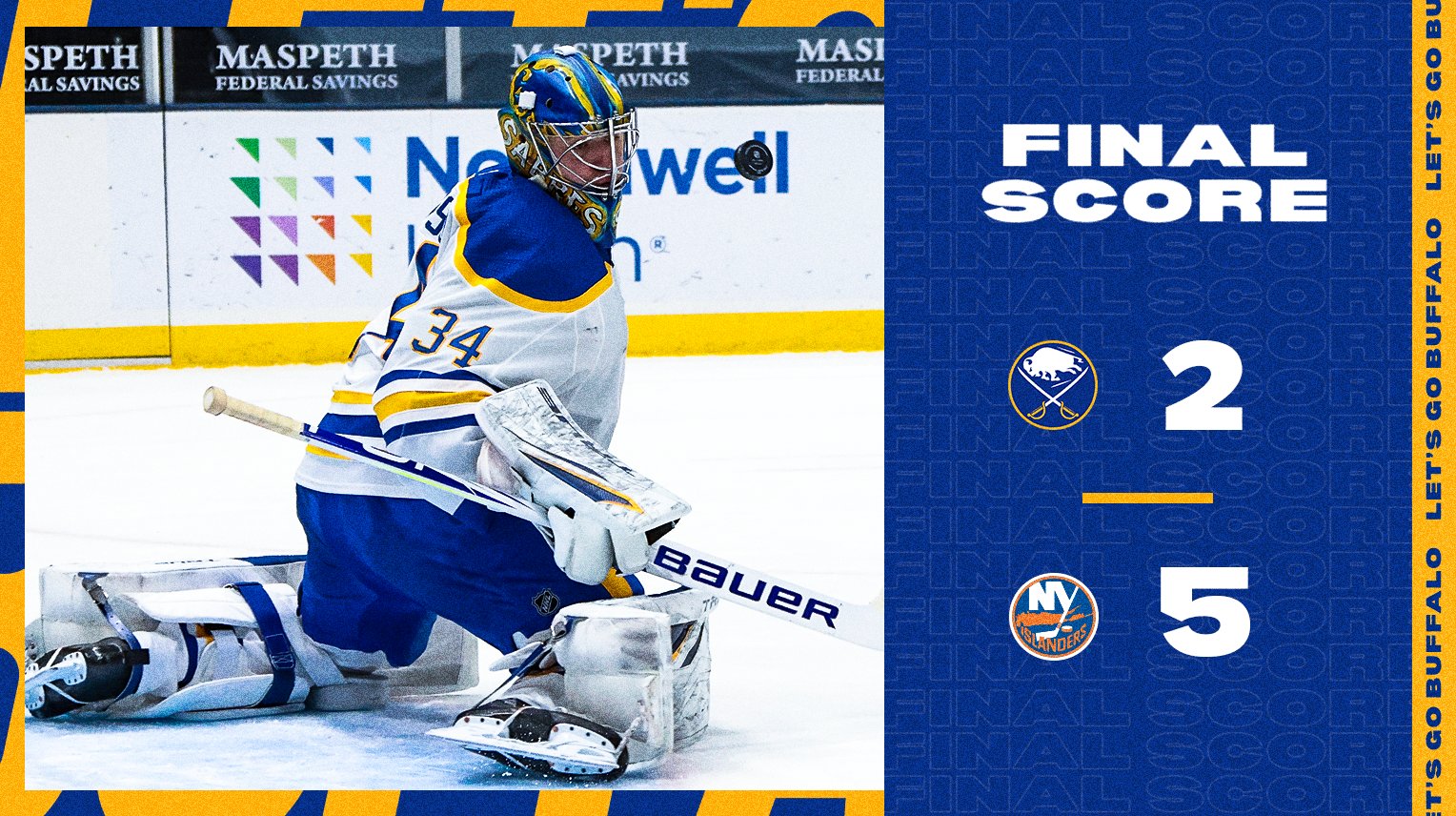 The Buffalo Sabres played three games in a row against the New York Islanders at Nassau Coliseum this weekend. All three games ended the same way: with a 5-2 Islanders victory.

Buffalo fell to 0-6-0 against the Islanders this season with Sunday’s loss. The Sabres are 0-4-0 on their current five-game road trip, 0-6-1 over the last seven games and 2-10-1 since returning from a COVID-related two-week pause.

On Sunday, it was Anders Lee – who has six goals in six games against Buffalo this year – and Brock Nelson who scored for the Islanders in a span of 1:02 in the second period. Casey Cizikas scored later on in the second and Cal Clutterbuck added a fourth midway through the third. Nelson added his second goal when he dumped the puck into an empty net late in the third.

Jonas Johansson made 25 saves for Buffalo.

Jeff Skinner scored his first goal of the season, roofing a backhand shot on a wraparound to make it 3-1 in the third period. Colin Miller added another for his third of the season to put Buffalo within one before Clutterbuck iced the game.

Buffalo is 0-13-1 this season when trailing after two periods.