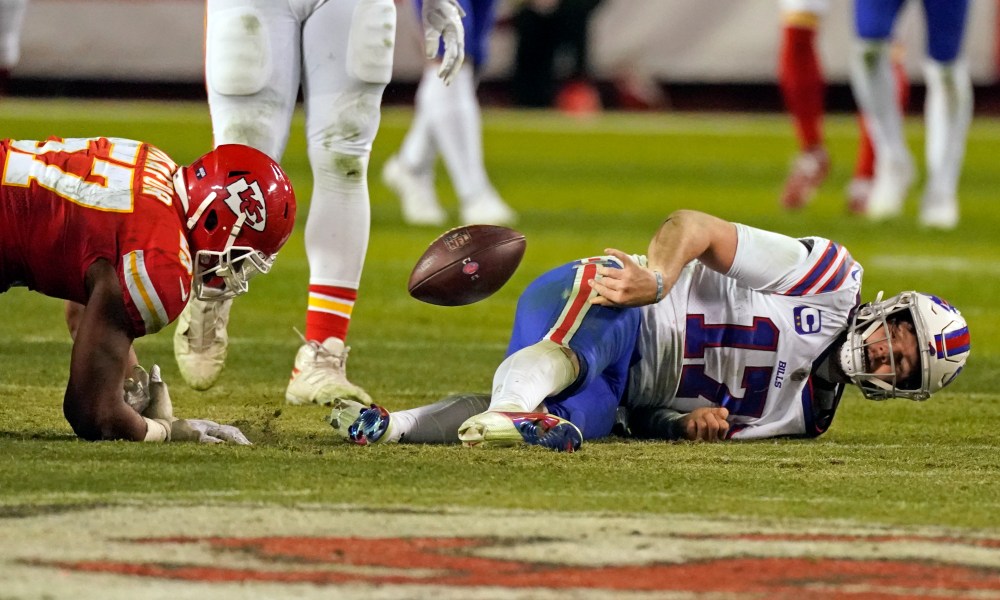 Bills quarterback Josh Allen’s reaction to a sack late in last Sunday’s loss to the Chiefs earned him a fine from the league.

Tom Pelissero of NFL Media reports that Allen has been fined $15,000 for flipping the ball at Chiefs defensive end Alex Okafor after Okafor sacked him in the AFC Championship Game. Okafor responded by standing up over Allen while yelling at him and Bills guard Jon Feliciano came in to knock him back off his feet.

“The way it ended doesn’t sit right with me with how chippy and ticky tack it got. I’m disappointed in myself,” Allen said, via Matt Parrino of Syracuse.com. “I let my emotions get to me there. That’s not how you’re supposed to play football.”

Dawkins and Feliciano were each fined $10,000 for their involvement.

#Bills G Jon Feliciano and #Bills T Dion Dawkins were each fined $10,000 for unsportsmanlike conduct for their role in a fourth-quarter deal last week, both shoving Alex Okafor away. https://t.co/vrnylyRKB5